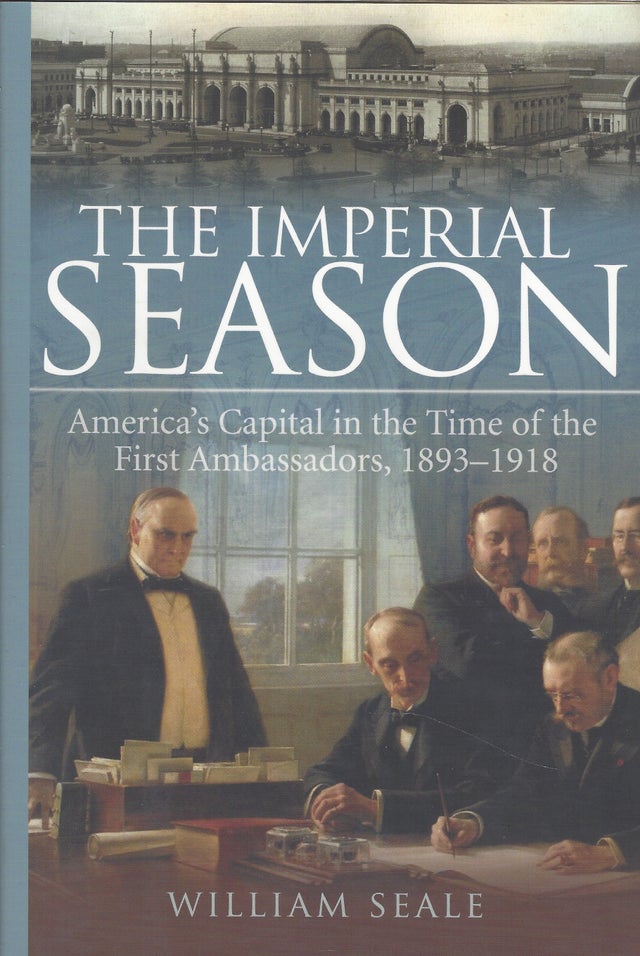 The Imperial Season: America's Capital in the Time of the First Ambassadors, 1893 - 1918 describes the little-explored period of American history when the United States emerged from more than a century of isolation to a significant international role. This story of the American capital's rise is populated with presidents, foreign diplomats, civil servants, hosts, architects, and artists -- some serious thinkers, some pageant-makers, all inspired by the promise of America's new place on the world scene.

William Seal documents the twenty-five-year period that he terms the "imperial season," from the first ambassadorial ceremony in Washington in 1893 to the armistice that concluded World War I combat in 1918. The first surge of America's world power after the Spanish American war led to profound changes in diplomacy, which in turn led to a vibrant official life in Washington, DC. The Imperial Season explores all of these changes and more, encompassing American diplomacy, politics, social history, and architecture, and is filled with a brilliant cast of characters who molded the city.

Visionaries gravitated to Washington and sought to make the symbolic city the glorious equal of Paris, Berlin, Vienna, Budapest, and other great European capitals of the day. Outside the halls of government, official life in Washington became glamorously identified with the diplomatic corps. Although it drew to a close a century ago, the physical remains of this fleeting period help define Washington today -- the monuments and great civic buildings near the National Mall as well as the private mansions built on the avenues that now serve as embassies -- leaving an indelible mark on the nation's capital.