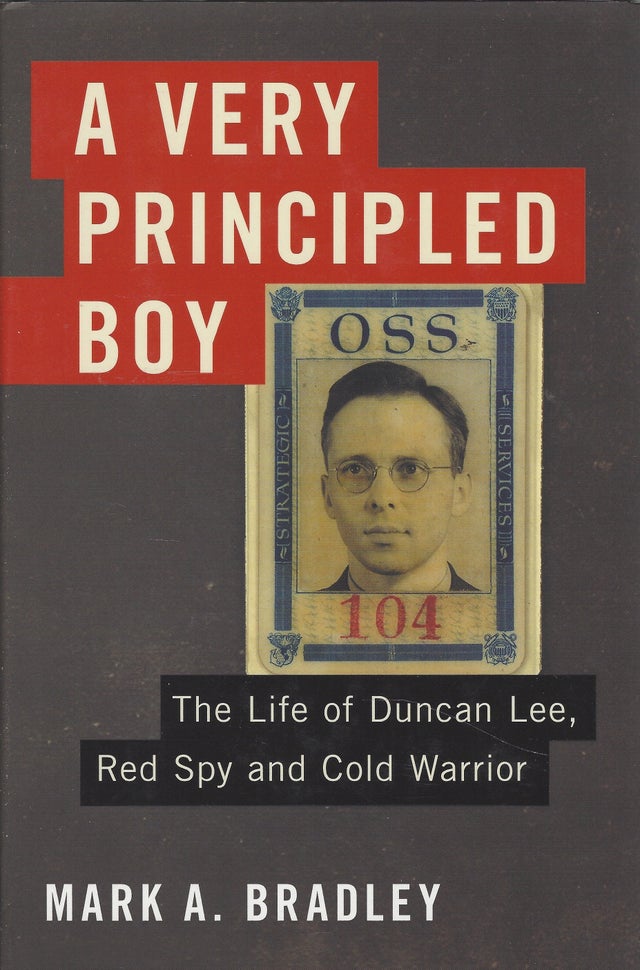 Duncan Chaplin Lee was a Rhodes Scholar, patriot, and descendant of one of America's most distinguished families -- and possibly the best-place mole to ever infiltrate U.S. intelligence operations. In A Very Principled Boy, intelligence expert and former CIA officer Mark A. Bradley traces the tangled roots of Lee's betrayal and reveals his harrowing struggle to stay one step ahead of America's spy hunters during and after World War II.

Exposed to leftist politics while studying at Oxford, Lee became a committed, albeit covert, member of the Communist Party. After following William "Wild Bill" Donovan to the newly formed Office of Strategic Services, Lee rose quickly through the ranks of the U.S. intelligence service -- and just as quickly gained value as a communist spy. As one of the chief aides to the head of the OSS, Lee was uniquely well placed to pass sensitive information to his Soviet handlers, including the likely time-frame of the D-Day invasion and the names of OSS personnel under investigation for suspected communist affiliations.

In 1945, one of Lee's former handlers confessed to the FBI and named Lee as a Soviet agent. For the next thirteen years, J.Edgar Hoover would tirelessly, but futilely, attempt to prove Lee's guild. Despite being accused of treason in front of the House Un-American Activities Committee, the increasingly paranoid Lee miraculously escaped again and again. In a move to atone for what he had done, Lee later became a Cold Warrior in China, fighting Mao Zedong's communists. He died a free but conflicted man.

In A Very Principled Boy, Bradley weaves a fast-paced cat-and-mouse tale of misguided idealism, high treason, and belated redemption. Drawing on Lee's letters and thousands of previously unreleased CIA, FBI, and State Department records, Bradley tells the unlikely story of a spy who chose his conscience over his country and its dark consequences.