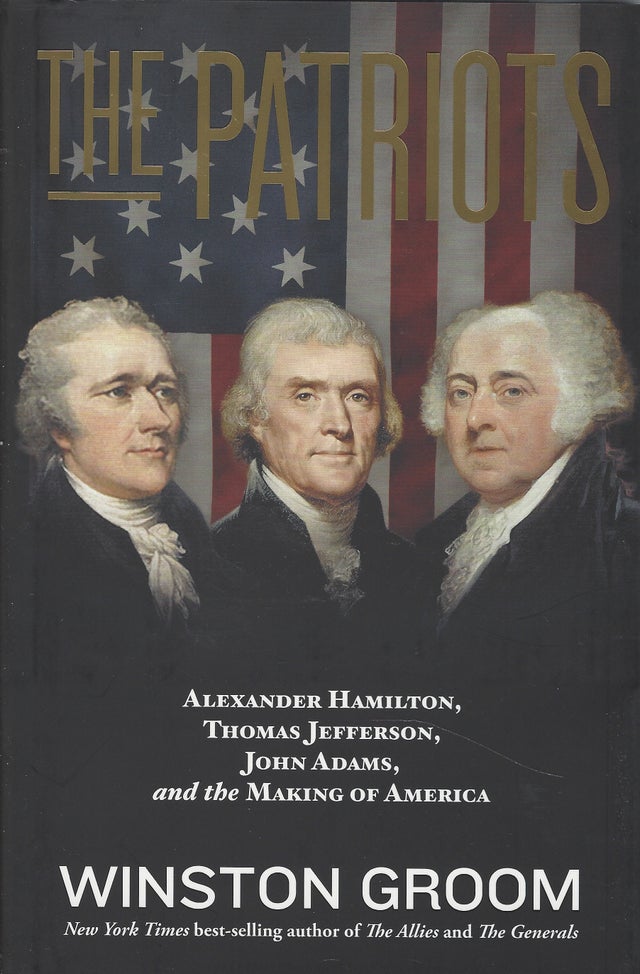 In this masterful narrative, historian Winston Groom transports readers to the world of the American Revolution, where bold ideas, improbable events, and three extraordinary characters led to the remarkable birth of the country we know today.

When the Revolutionary War ended in victory, there remained a stupendous problem: establishing a workable democratic government in the vast, newly independent country. Groom tells the unique story of how three brilliant men -- John Adams, Thomas Jefferson, and Alexander Hamilton -- emerged from a population of just five million to build the very foundation of the United States.

With skill and subtlety, Groom shines an unparalleled light on the differing personalities, life circumstances, and political policies that caused frequent animosity among each of these three founders: Adams, the brilliant, dour New Englander; Jefferson, the aristocratic southern renaissance man; and Hamilton, an immigrant from the Caribbean island of Nevis. While all served in George Washington's first cabinet -- and all shared the ultimate goal of liberty and freedom -- their excitement was often strained by deep antagonisms, many of which bear a striking resemblance to the intense political polarization of today.

The drama of the American Revolution is the greatest stage yet for Groom's signature storytelling panache. Offering a rare insight into these larger-than-life characters, he draws on an extensive correspondence, epic tales of war, and the rich histories of their day-to-day interactions to tell the astonishing story of how three men -- patriots, rivals, and ultimately friends -- put aside their differences to create a great nation.