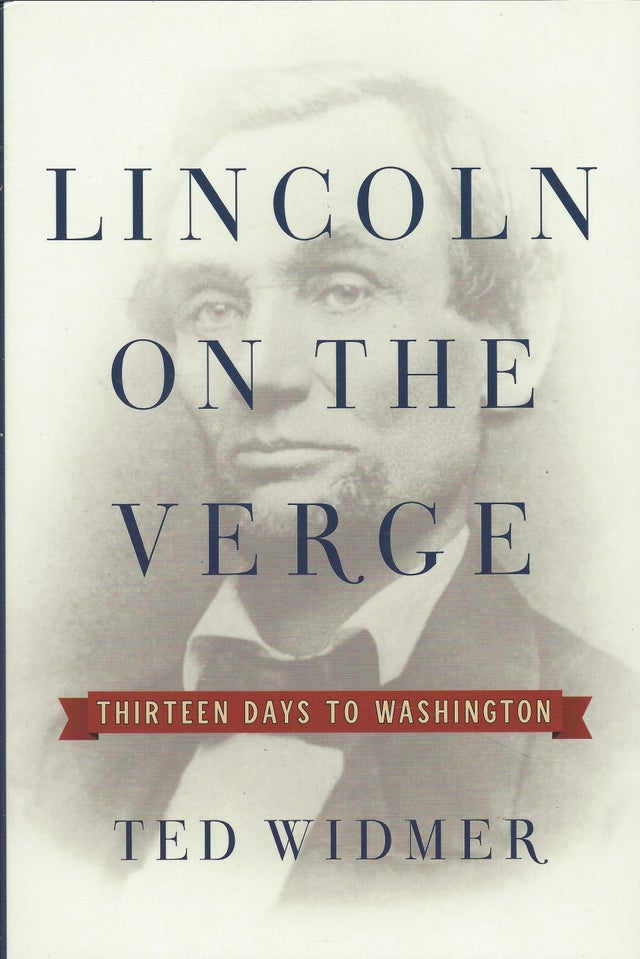 On the eve of his fifty-second birthday, February 11, 1861, the president-elect of the United States, Abraham Lincoln, walked onto a train in Springfield, Illinois, the first step of a 1,900-mile journey to the White House and his rendezvous with destiny.

But as the train began to carry Lincoln toward Washington, it was far from certain what he would find there. Bankrupt and rudderless, the government was on the verge of collapse. To make matters worse, reliable intelligence confirmed a conspiracy to assassinate him as he passed through Baltimore. It is no exaggeration to say that the fate of the republic hung in the balance.

How did Lincoln survive this grueling odyssey to become the president we know from history? Lincoln on the Verge tells the story of a leader discovering his power, improvising brilliantly, and seeing his country up close during these pivotal thirteen days.

From the moment the Presidential Special left the station, Lincoln was in danger. To save the republic, he spoke constantly from the back of his train, urging Americans to remain true to their ideals and to one another. But travel conditions were crude, and his life was threatened by the crush of friendly crowds, as well as by the would-be assassins who lurked near as the train headed to the South. The grueling journey would draw on all of Lincoln's mental and physical reserves. But the president-elect found an inner strength, fortified by his rough contact with the people who had elected him.

Lincoln on the Verge tells the story of America's greatest president and the formidable obstacles he overcame in order to take the oath of office.