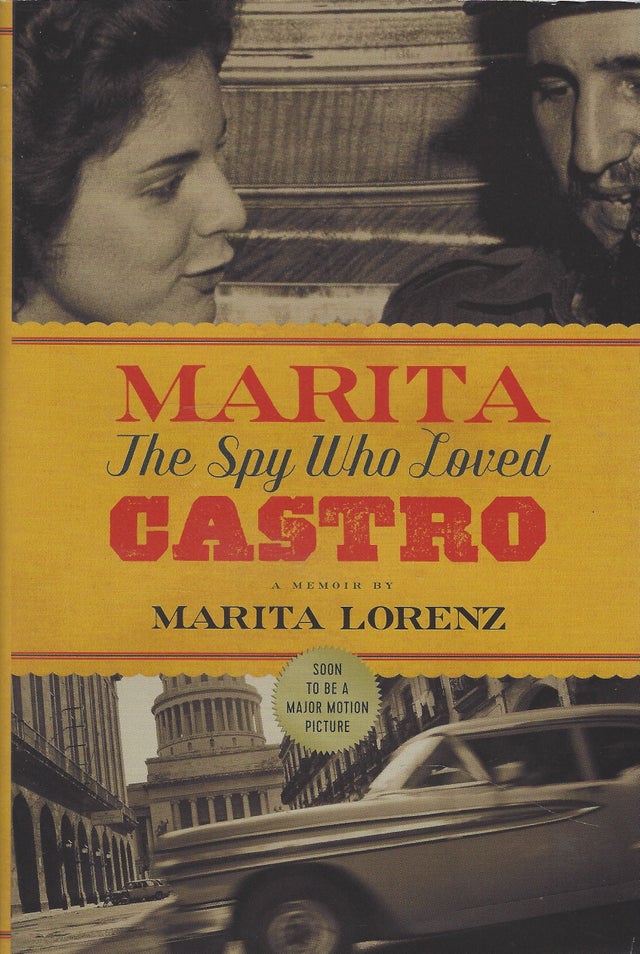 Few people can say they've seen some of the most significant moments of the twentieth century unravel before their eyes. Marita Lorenz is one of them.

Born in Germany at the outbreak of World War I, Marita was incarcerated in a Nazi concentration camp as a child. In 1959, she traveled to Cuba where she met and fell in love with Fidel Castro. Yet upon fleeing to America, she was recruited by the CIA to assassinate the Cuban leader. Torn by love and loyalty, she couldn't bring herself to slip him the lethal pills.

Her life would take many more twists and turns, including having a child with the ex-dictator of Venezuela, Marcos Perez Jimenez; testifying about the John F. Kennedy assassination; and becoming a party girl with close ties to the New York mafia (and then a police informant).

A vivid first-person account of Cold War intrigue, espionage, and conspiracy, this is Marita's incredible true story about her life and loves -- and about becoming a spy for the CIA.