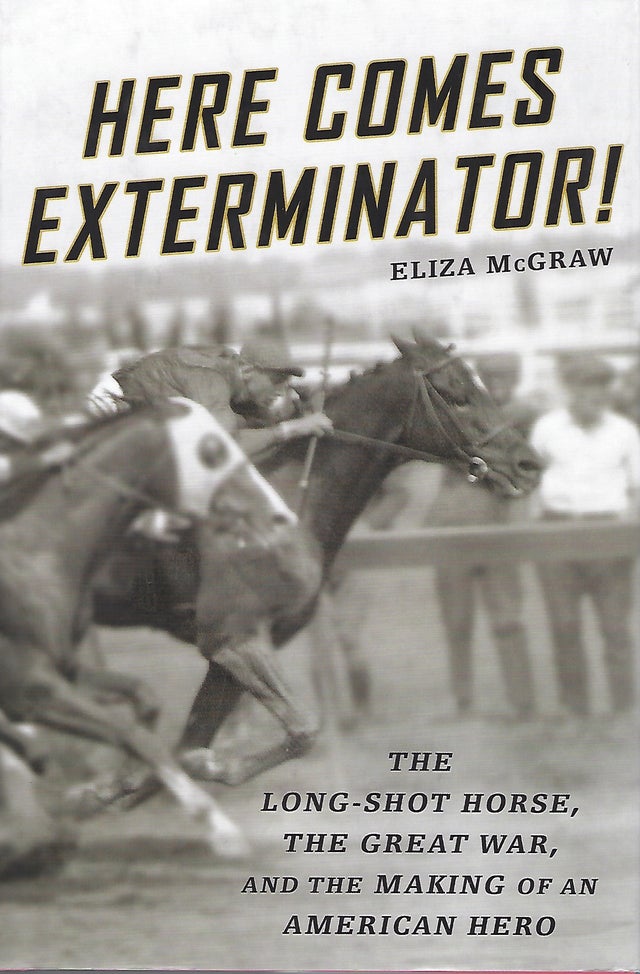 Here Comes Exterminator! draws readers into the golden age of racing, with all its ups and downs, the ever-involving interplay of horses and people, and the beauty, grace, fear, and hope that is a daily part of life at the track. Caught between his hotheaded millionaire owner and his knowledgeable trainer, Exterminator captured fans' affection with his personality, consistency, athleticism, and heart.

Exterminator's staggering success would dramatically change the world of horse racing. He challenged the notion that American horses would never live up to Europe's meticulously charted bloodlines and became a patriotic icon of the country after World War I. And his longevity established him as one of the public's most beloved athletes, paving the way for equine celebrities like Seabiscuit and showing Americans they could claim -- and love -- a famous racehorse as their own.