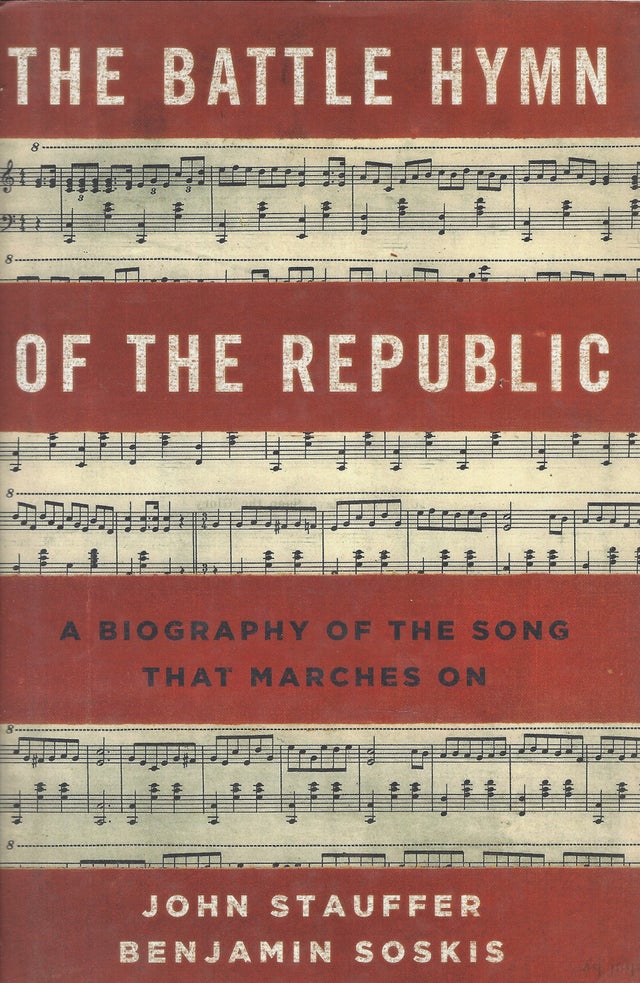 It was sung at Ronald Reagan's funeral and adopted with new lyrics by labor radicals, George W. Bush had it performed at the memorial service in Washington National Cathedral for victims of September 11, and it has allowed generations of Americans to perceive engagements from the Civil War to Vietnam as the most recent fulfillment of their millennial mission to make men free.

In this sweeping study of the "Battle Hymn of the Republic," John Stauffer and Benjamin Soskis explore how, over the course of two centuries, a Civil War anthem was picked up by every possible cause and movement, a universal call to action. The song originated in antebellum revivalism, with the melody of the camp-meeting favorite "Say Brothers, Will You Meet Us." Union soldiers in the Civil War turned it into "John Brown's Body." In 1862, Julia Ward Howe, in a hotel room in Washington, D.C., wrote the words we know today. Using intense apocalyptic and millenarian imagery, she captured the popular enthusiasm of the time, the sense of a climactic battle between good and evil, yet she made no reference to a particular time or place, allowing the song to be exported or adapted to new conflicts, including Reconstruction, sectional reconciliation, imperialism, progressive reform, labor radicalism, civil rights movements, and social conservatism.

As Stauffer and Soskis reveal with brilliant clarity, the "Battle Hymn" has long helped Americans express what they mean when they talk about sacrifice and about the importance of fighting -- in battles both real and allegorical -- for the values America represents. It conjures up and confirms some of our most profound conceptions of national identity and purpose. And yet the popularity of the song has not relieved it of the tensions present at its birth -- tensions between unity and discord, and between the glories and the perils of righteous enthusiasm. If anything, those tensions have become more profound. By following this thread through the tapestry of American history, The Battle Hymn of the Republic illuminates the fractures and contradictions that underlie the story of our nation.