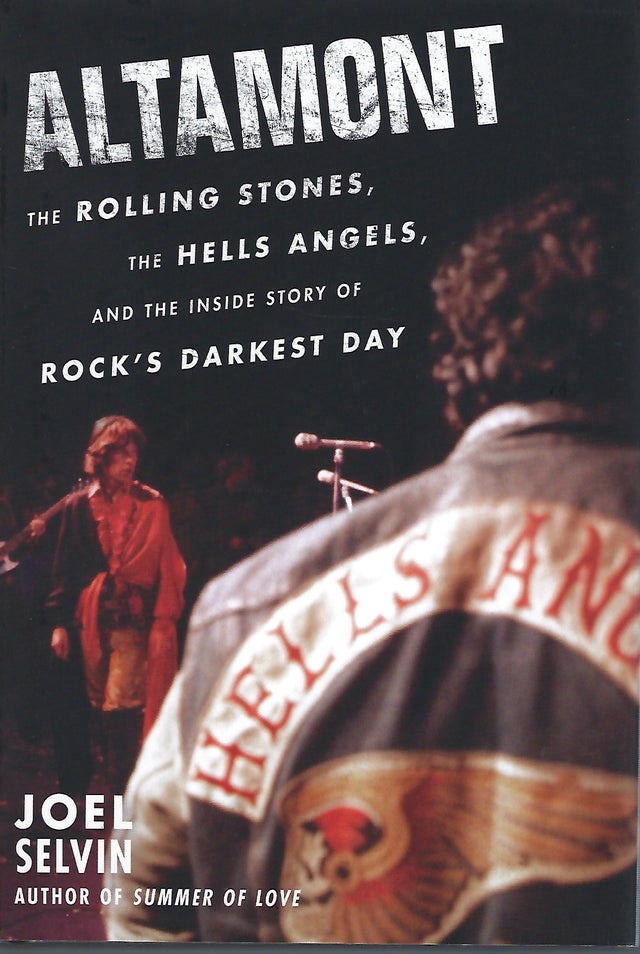 For decades, the Rolling Stones' free concert at Altamont Speedway on December 6, 1969, has been seen as the distorted twin of Woodstock -- the day that shattered the sixties' promise of peace and love when a concert-goer was killed by a member of the Hells Angels, the notorious biker club that was acting as security that day. While the popular narrative of the concert has long been the Rolling Stones documentary Gimme Shelter, the full story has remained buried in differing accounts, distorted rumors, and wild myths -- until now.

Altamont explores rock's darkest day, a fiasco that began well before the climactic death of Meredith Hunter and continued long after that infamous December night. Celebrated rock journalist Joel Selvin probes every aspect of the show -- from the excess of the Stones' hastily planned tour preceding the festival to previously unreported deaths that occurred after the Rolling Stones left the stage that night -- to capture the full scope of the tragedy and its aftermath. Along the way, Selvin uncovers the many forces working against the show from its inception, including the neglectful planning of Altamont's location, the bad acid that swept through the crowd, and the disastrous inclusion of the Hells Angels, who had long been a fixture in the Bay Area rock scene.

Moving beyond easy explanations, Selvin also delves into the powerful musical and cultural forces that left Altamont poised for calamity even before the first performer took the stage. Breaking down the two bands at the center of it all -the Rolling Stones and the Grateful Dead -- Selvin recounts the largely forgotten but crucial role that the Grateful Dead played in orchestrating the concert, offering a fresh look at how, in an era remembered for musical idealism, English and American rock worlds collided with devastating consequences. And while their fateful roles in Altamont brought this unlikely pair of bands together, it ultimately sent them down permanently divergent paths that would define each group's future.

The product of thirty years of research and over a hundred interviews with many key players, including the musicians themselves, medical staff, Hells Angels members, and the stage crew, and featuring sixteen pages of color photographs, Altamont is an exhaustive account of the final event in rock's formative and most turbulent decade.