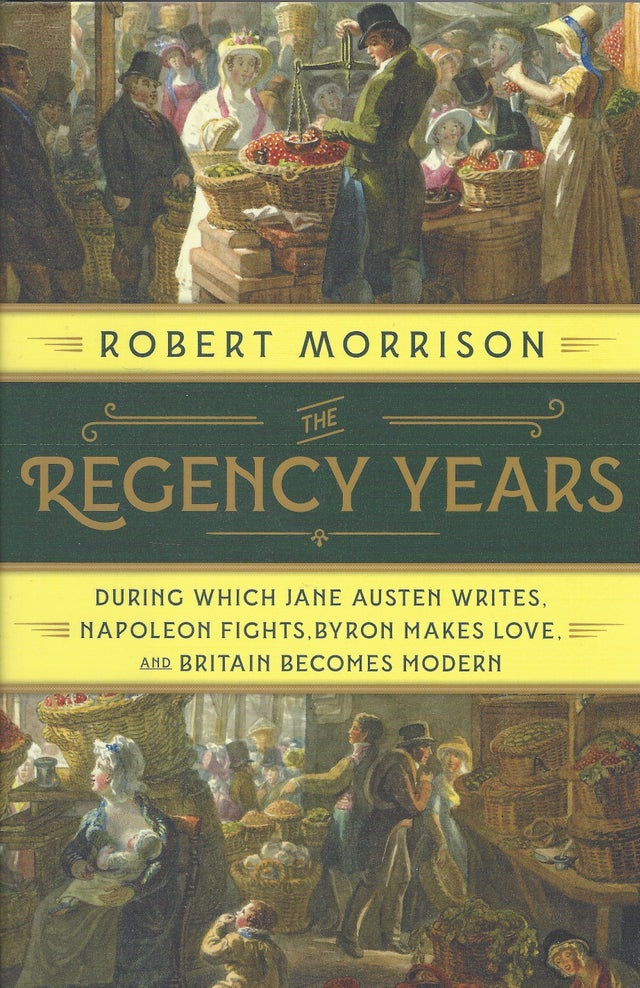 The Victorians are often credited with ushering in our current era, yet the seeds of change were planted in the years before. The Regency (1811-1820) began when the profligate Prince of Wales -- the future king George IV -- replaced his insane father, George III, as Britain's ruler.

Around the regent surged a society steeped in contrasts: evangelicalism and hedonism, elegance and brutality, exuberance and despair. The arts flourished at this time with a showcase of extraordinary writers and painters such as Jane Austen, Lord Byron, the Shelleys, John Constable, and J.M.W. Turner. Science burgeoned during this decade, too, giving us the steam locomotive and the blueprint for the modern computer.

Yet the dark side of the era was visible in poverty, slavery, pornography, opium, and the gothic imaginings that birthed the novel, Frankenstein. With the British military in foreign lands, fighting the Napoleonic Wars in Europe and the War of 1812 in the United States, the desire for empire and an expanding colonial enterprise gained unstoppable momentum. Exploring these crosscurrents, Robert Morrison illuminates the profound ways this period shaped and indelibly marked the modern world.