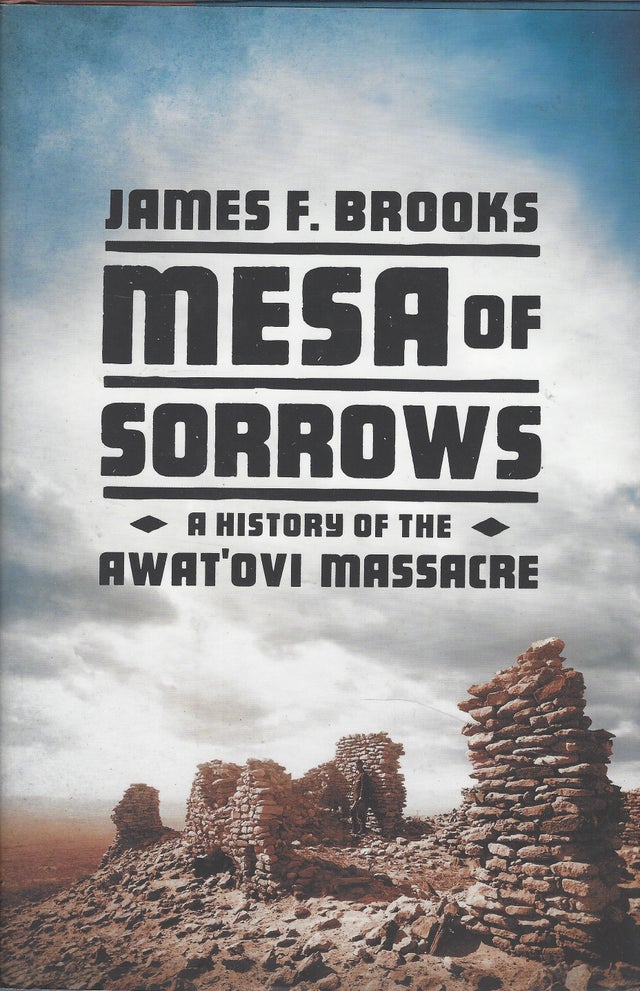 The Hopi community of Awat'ovi existed peacefully on Arizona's Antelope Mesa for generations until one bleak morning in the fall of 1700 -- raiders from nearby Hopi villages descended on Awat'ovi, slaughtering their neighboring men, women, and children. While little of the pueblo itself remains, five centuries of history lie beneath the low rises of sandstone masonry, and theories about the events of that night are as persistent as the desert winds. The easternmost town on Antelope Mesa, Awat'ovi was renowned for its martial strength, and it had been the gateway to the entire Hopi landscape for centuries. Why did kinsmen target it for destruction?

Drawing on oral traditions, archival accounts, and extensive archaeological research, James F. Brooks unravels the story and its significance. Mesa of Sorrows follows the pattern of an archaeological expedition, uncovering layer after layer of evidence and theories. Brooks questions their reliability and shows how interpretations were shaped by academic, religious, and tribal politics. Piecing together three centuries of investigation, he offers insight into why some were spared -- women, mostly, and taken captive -- and others sacrificed. He weights theories that the attack was in retribution for Awat'ovi having welcomed Franciscan missionaries or for the residents' practice of sorcery, and argues that a perfect storm of internal and external crises revitalized an ancient cycle of ritual bloodshed and purification.

A haunting account of a shocking massacre, Mesa of Sorrows is a probing exploration of how societies confront painful histories, and why communal violence still plagues us today.