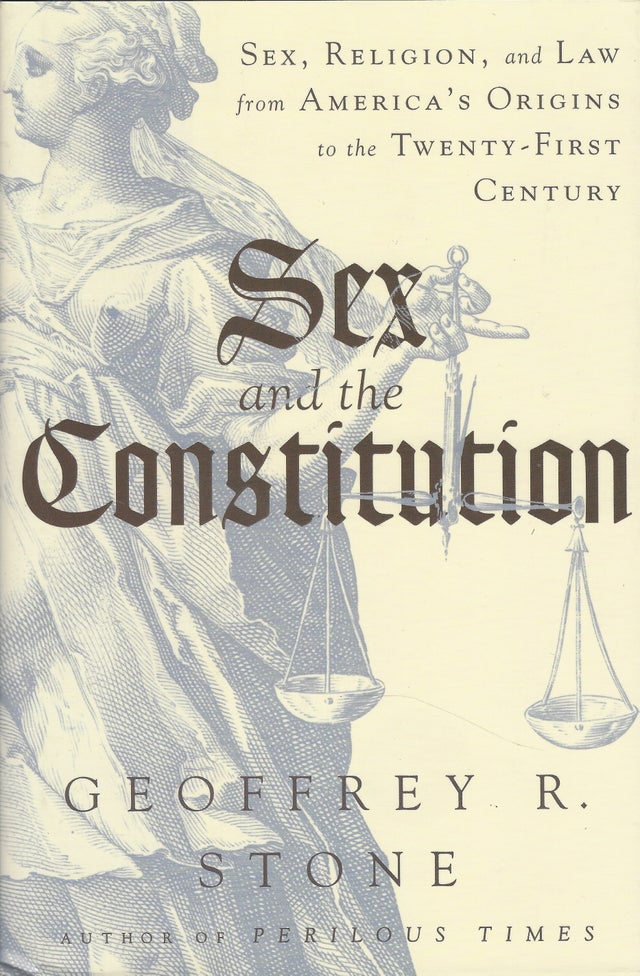 There has never been a book like Sex and the Constitution, a one-volume history that chapter after chapter overturns popular shibboleths, while dramatically narrating the epic story of how sex came to be legislated in America.

Beginning his volume in the ancient and medieval worlds, Geoffrey R. Stone demonstrates how the Founding Fathers, deeply influenced by their philosophical forebears, saw traditional Christianity as an impediment to the pursuit of happiness and to the quest for human progress. Acutely aware of the need to separate politics from the divisive forces of religion, the Founding Fathers crafted a constitution that expressed the fundamental values of the Enlightenment.

Although the Second Great Awakening later came to define America through the lens of evangelical Christianity, nineteenth-century Americans continued to view sex as a matter of private concern, so much so that sexual expression and information about contraception circulated freely, abortions before "quickening" remained legal, and prosecution for sodomy were almost nonexistent.

The late nineteenth and early twentieth centuries, however, reversed such tolerance as charismatic spiritual leaders and barnstorming politicians rejected the values of our nation's founders. Spurred on by Anthony Comstock, America's most feared enforcer of morality, new laws were enacted banning pornography, contraception, and abortion, with Comstock proposing that the word "unclean" be branded on the foreheads of homosexuals. Women increasingly lost control of their bodies, and birth control advocates, like Margaret Sanger, were imprisoned for advocating their beliefs. In this new world, abortions were for the first time relegated to dank and dangerous back rooms.

The twentieth century increasingly saw the emergence of bitter divisions over issues of sexual "morality" and sexual freedom. Fiercely determined organizations and individuals on both the right and the left wrestled in the domains of politics, religion, public opinion, and the courts to win over the soul of the nation. With its stirring portrayals of Supreme Court justices, Sex and the Constitution reads like a dramatic gazette of the critical cases they decided, ranging from Griswold v. Connecticut (contraception), to Roe v. Wade (abortion), to Obergefell v. Hodges (gay marriage), with Stone providing vivid historical context to the decisions that have come to define who we are as a nation.

Now, though, after the 2016 presidential election, we seem to have taken a huge step backward, with the progress of the last half century suddenly imperiled. No one can predict the extent to which constitutional decisions safeguarding our personal freedoms might soon be eroded, but Sex and the Constitution is more vital now than ever before.