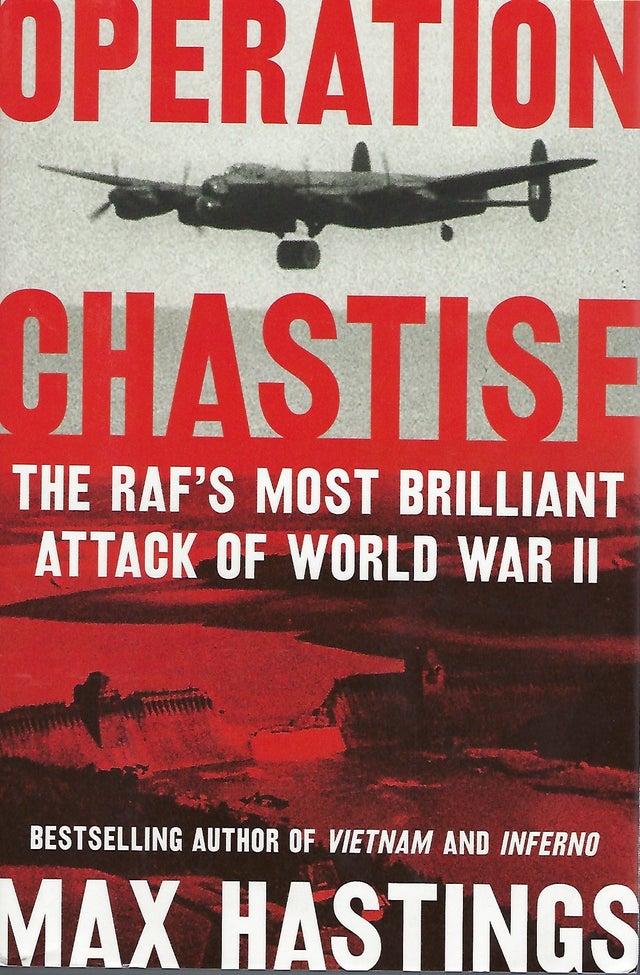 Operation Chastise, the overnight destruction of the Mohne and Eder dams in northwest Germany by Britain's Royal Air Force 617 Squadron, was an epic wartime maneuver that has become military legend.

Max Hastings grew up embracing the story, the classic 1944 movie, and the memory of Guy Gibson, the twenty-four-year-old wing commander who led the raid. In the twenty-first century, however, Hastings urges that we should review the Dambusters in much more complex shades. The aircrew's heroism was wholly authentic, as was the brilliance of Barnes Wallis, the man who invented the "bouncing bombs" the crew used to great success. But commanders who promised their young fliers that a victory at the dams could shorten the war were living a fantasy. The raid, what Germans call the Mohnekatastrophe, imposed only a temporary disruption on the Nazi war machine rather than a crippling blow.

In Operation Chastise, Hastings vividly describes the evolution of Wallis's bomb and of the squadron that broke the dams at the cost of devastating losses. But he also portrays in harrowing detail those swept away by the torrents. Some 1,400 civilians perished in the biblical floods that swept through the Mohne valley, more than half of them Russian and Polish women, slave laborers under Hitler.

Ironically, Air Marshal Sir Arthur "Bomber" Harris gained much of the credit, though in reality he opposed the operation as a distraction from his city-burning blitz. He also made what Hastings recognizes as the operation's biggest mistake -- the failure to launch a conventional attack on the Nazis' huge post-raid repair operation, which could have transformed the impact of the dam breaches on the region's industry.

Operation Chastise offers a fascinating retake on a legend by a master of the art. Hastings sets the dams' raid in the big picture of the bomber offensive and the Second World War, with compelling portraits of the young airmen, so many of whom died -- including Wallis, the monstrous Harris, and the tragic Gibson -- together with a superb narrative of the action of one of the most extraordinary episodes in global military memory.