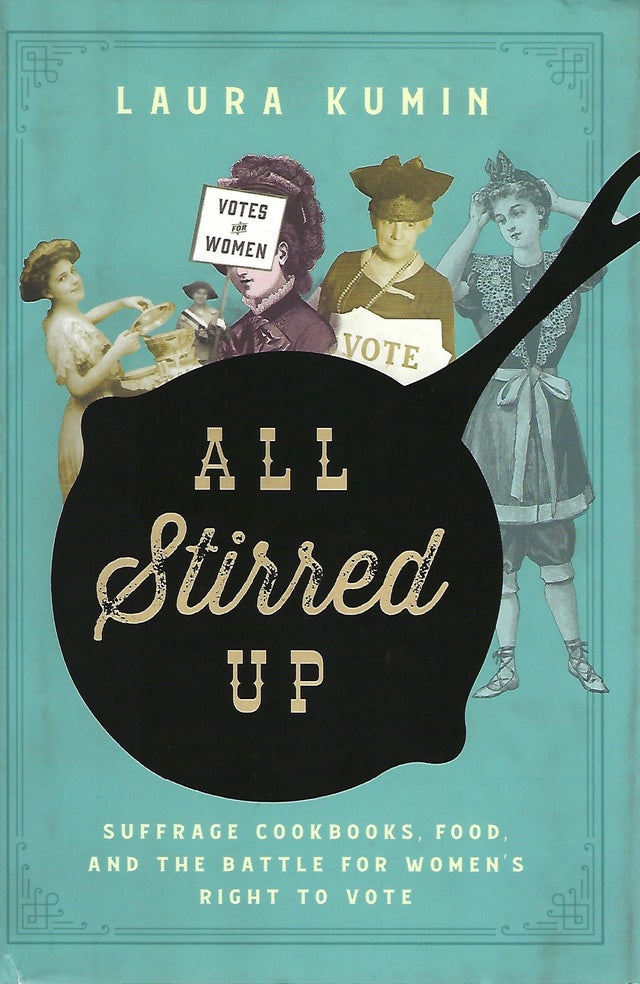 We all likely conjure up a similar image of the women's suffrage movement: picket signs, red carnations, women in white marching through the streets. But was it only these rallies that gained women the exposure and power that led them to the vote?

Ever courageous and creative, suffragists also carried their cause into America's home wrapped in food wisdom, namely cookbooks. It was through these cookbooks that suffragists delivered their political messages through already-existing social communities. Using cookbooks and food, these suffragists reached out to women on their own terms, in nonthreatening and accessible ways. They leveraged their domestic knowledge and used social situations to put people at ease, pioneering grassroots tactics that fed spoonfuls of suffrage to communities through unexpected and unassuming channels.

Laura Kumin, the author of The Hamilton Cookbook, explores this forgotten history, showing us how these women brilliantly wove charm and wit into their fight. She uncovers how many suffragists, far from the strident, stern caricatures their detractors made them out to be, overcame massive opposition and helped win the battle for women's right to vote.

Filled with actual historic recipes ("mix the crust with tact and velvet gloves, using no sarcasm, especially with the upper crust") and the spirited flavor of feminism and food movements of the suffrage era, All Stirred Up carries us back in time. It then celebrates the suffragists anew with modern adaptations of their recipes and stories of how they changed our lives and our world.

Long before they had the vote, women enfranchised themselves through the subversive -- and savvy -- power of the palate.