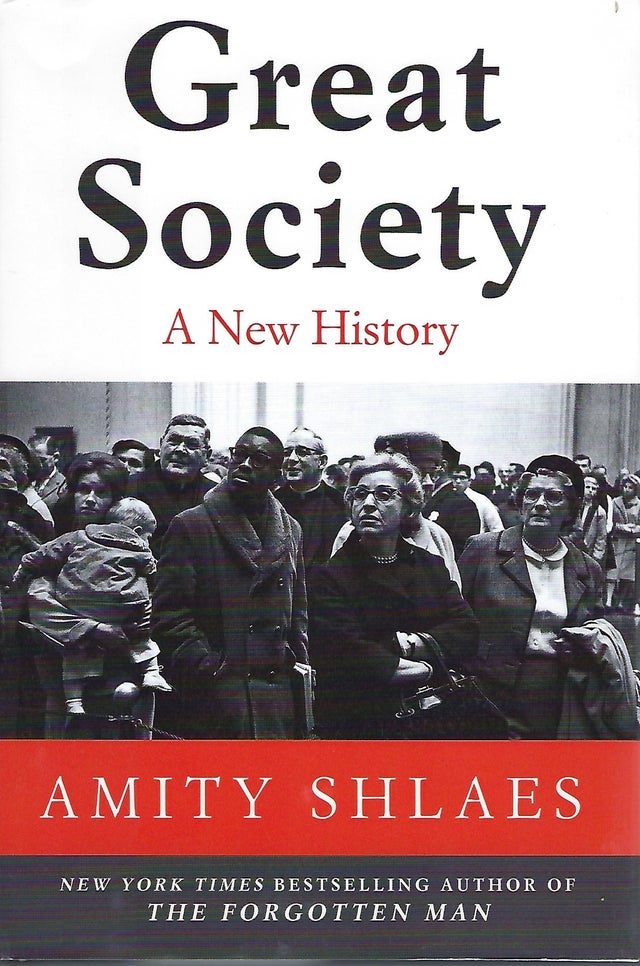 Today, a battle rages in our country. Many Americans are attracted to socialism and economic redistribution. Opponents of those ideas argue for purer capitalism. All envision a better society, even a great society.

In the 1960s, Americans also dreamed of a great society. Then, too, we debated socialism and capitalism, public sector reform versus private sector advancement. The only question was: How do we get to great? Time and again, whether under John F. Kennedy, Lyndon Johnson or Richard Nixon, the country chose the public sector. Yet the targets of our idealism proved elusive. Johnson did not manage to cure poverty as he had promised. What's more, Johnson's and Nixon's programs shackled millions of families in permanent government dependence. Ironically, the costs of entitlement commitments made a half century ago preclude the very reforms that Americans will need in the coming decades.

In Great Society: A New History, Amity Shlaes offers a powerful companion to her legendary history of the 1930s, The Forgotten Man. Shlaes shows there was scant difference between two presidents we consider opposites, Johnson and Nixon. Just as technocratic military planning by "the Best and the Brightest" made failure in Vietnam inevitable, so planning by a team of the domestic best and brightest guaranteed fiasco at home. Now-forgotten figures such as the visionary union leader Walter Reuther, the agonized Federal Reserve chairman Arthur Burns, and the pugnacious business executive Lemuel Boulware set the nation's course. Great Society captures a dramatic contest with lessons both dark and bright for our own time.