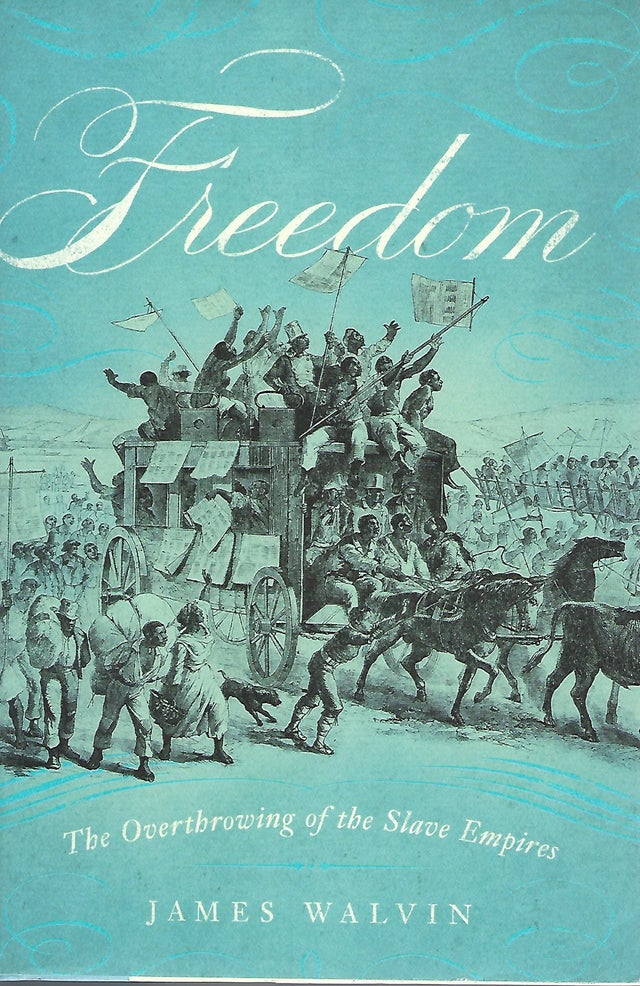 In this timely and readable new work, James Walvin focuses not on abolitionism or the brutality and suffering of slavery, but on the resistance of the enslaved themselves -- from sabotage and absconding to full-blown uprisings -- and its impact in overthrowing slavery. He also looks at the whole Atlantic world, including the Spanish Empire and Brazil, all of which revolved around slavery.

In the three centuries following Columbus's landfall in the Americas, slavery became a critical institution across swathes of both North and South America. It saw twelve million Africans forced onto slave ships and had seismic consequences for Africa while leading to the transformation of the Americas and to the material enrichment of the Western world. It was also largely unquestioned.

Yet within a mere seventy-five years, slavery had vanished from the Americas. Its decline and destruction were due to a complexity of forces that, to this day, remains disputed. But there is no doubt that it was in large part defeated by those who were enslaved. Slavery itself came in many shapes and sizes, from the plantations of the American south, to shipboard and dockside labor, from factories and the frontier, to domestic labor and child-care duties.

Slavery was both ubiquitous and varied. But if all these millions of diverse enslaved people had one thing in common it was a universal detestation of their bondage. Most of these enslaved peoples did not live to see freedom. But an old freed man or woman in Cuba or Brazil in the 1880s would have lived through its destruction clean across the Americas. The collapse of slavery and the triumph of black freedom constitutes an extraordinary historical upheaval, one which still resonates throughout the world today.