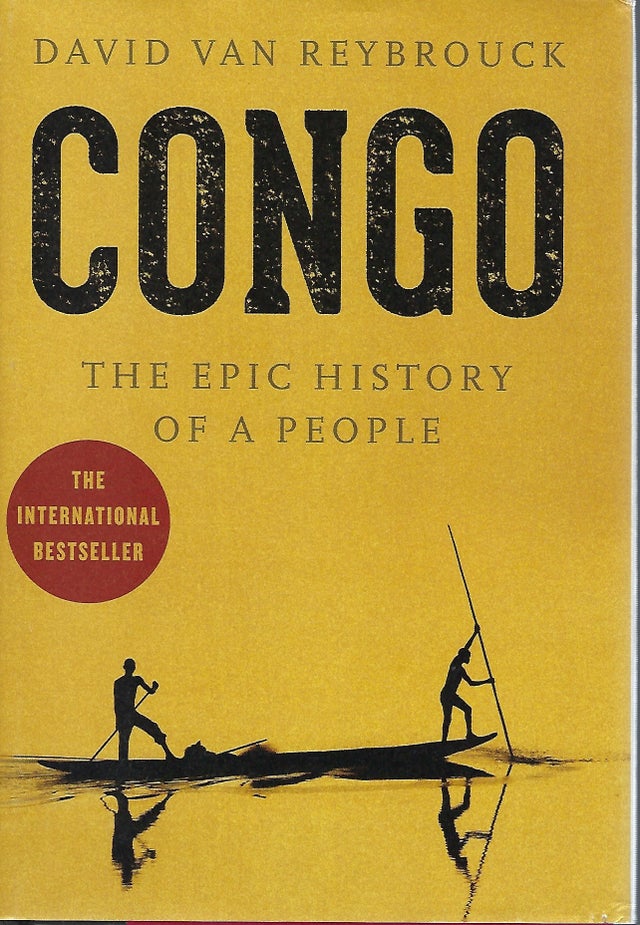 The Democratic Republic of Congo currently ranks among the world's most failed nation-states, second only to war-torn Somalia. David Van Reybrouck's Congo: The Epic History of a People traces the history of this devastated nation from the beginnings of the slave trade through the arrival of Sir Henry Morton Stanley, the ivory and rubber booms, colonization, the struggle for independence, and the three decades of Mobutu's brutal rule. Van Reybrouck also examines the civil war -- the world's deadliest conflict since the Second World War. Still raging today after seventeen years, the Congolese war is driven, in part, by the demand for the rare-earth minerals required to make cell phones.

Van Reybrouck has balanced hundreds of interviews with meticulous historical research to construct a many-dimensional portrait of the rich and convoluted history of Congo. Taking pains to seek out the Congolese perspective on the country's history, Van Reybrouck creates a panoramic canvas wherein the child soldiers whom he encounters in the eastern rebel territories talk candidly about their choices and misfortunes, and where elderly Congolese -- some of them more than one hundred years old -- reminisce about their lives in a country where the average life expectancy has dropped to forty-five.

Vast in scope yet eminently readable, both penetrating and deeply moving, Congo does for Africa what Robert Hughes's masterful and novelistic The Fatal Shore did for Australia. Van Reybrouck takes a deeply humane approach to political history, focusing squarely on the Congolese perspective and returning a nation's history to its people.