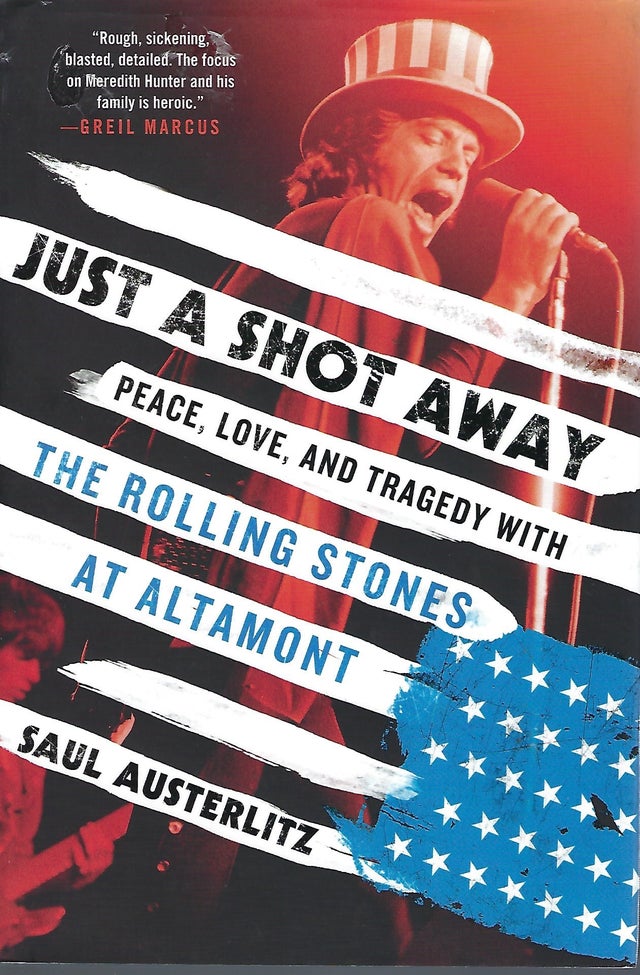 In Just a Shot Away, writer and critic Saul Austerlitz tells the story of "Woodstock West," where the Rolling Stones hoped to end their 1969 American tour triumphantly, with the help of the Grateful Dead, Jefferson Airplane, and three hundred thousand fans. Instead, the concert featured a harrowing series of disasters, starting with its haphazard planning. The bad acid kicked in early. The Hells Angels, hired to handle security, began to prey on the concertgoers. And not long after the Rolling Stones went on, an eighteen-year-old African American named Meredith Hunter was stabbed by the Angels in front of the stage.

The show, and the Woodstock high, was over.

Austerlitz shows how Hunter's death came to symbolize the end of an era, while the trial of his accused murderer epitomized the racial tensions that still underlie America. He also finds a silver lining in the concert in how Rolling Stone's coverage of it helped create a new form of music journalism, while the making of the movie about Altamont, Gimme Shelter, birthed new forms of documentary.

Using scores of new interviews with Paul Kantner, Jann Wenner, journalist John Burks, filmmaker Joan Churchill, and many members of the Rolling Stones' inner circle, as well as Meredith Hunter's family, Austerlitz shows that you can't understand the sixties or rock 'n' roll if you don't come to grips with Altamont.