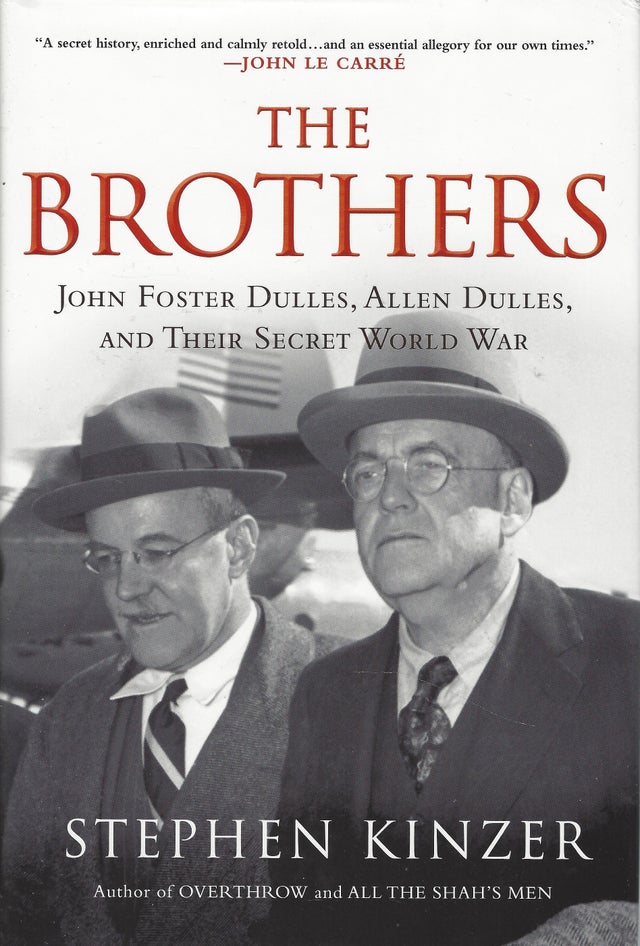 During the 1950s, when the Cold War was at its peak, two immensely powerful brothers led the United States into a series of foreign adventures whose effects are still shaking the world.

John Foster Dulles was secretary of state while his brother, Allen Dulles, was director of the Central Intelligence Agency. In this book Stephen Kinzer places their extraordinary lives against the background of American culture and history. He uses the framework of biography to ask: Why does the United States behave as it does in the world?

The Brothers explores hidden forces that shape the national psyche, from religious piety to Western movies -- many of which are about a noble gunman who cleans up a lawless town by killing troublemakers. This is how the Dulles brothers saw themselves, and how many Americans still see their country's role in the world.