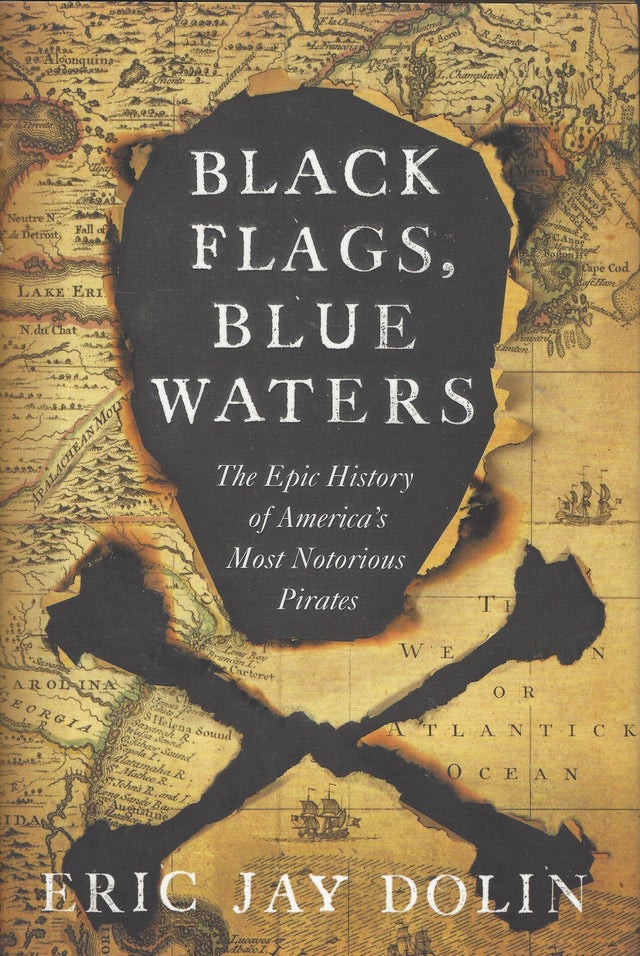 Set against the backdrop of the Age of Exploration, Black Flags, Blue Waters reveals the epic history of American piracy's "Golden Age" -- spanning the late 1600s through the early 1700s -- when lawless pirates plied the coastal waters of North America and beyond.

Redefining pirate history with an economic and class analysis that takes it beyond the usual narrative of high-seas exploits, best-selling author Eric Jay Dolin describes how American colonists flouted British rule and supported outrageous pirates who brought much needed cash flow and helped emerging businesses obtain the goods and money they so desperately needed. Dolin also explores common motivations for "turning pirate" and finds that many of these men were displaced seamen and veterans of Britain's imperial wars who were seeking ways to survive in an uncertain economy. Over the years, however, as the colonies strengthened their position in the New World, these early Americans -- who had once relied on pirates to do their dirty work -- turned on them, and by the 1720s, pirates were virtually (and almost always violently) eliminated from the American Atlantic.

Augmenting his narrative with thrilling episodes of roguish glamour and extreme brutality, Dolin depicts the star pirates of this period -- among them the towering Blackbeard, who blockaded the entire city of Charleston in 1718; the ill-fated Captain Kidd; and sadistic Edward Low, who delighted in torturing his prey. Recreating rousing conflicts and naval battles, Dolin details the pirates' manifold enemies, including Massachusetts Bay Colony governor John Winthrop and Puritan minister Cotton Mather, who pressured captured pirates to repent before their inevitable demise on the public gallows.

In a work that upends popular misconceptions and cartoonish stereotypes, Dolin provides a wholly original account of the seafaring outlaws whose stories augment our understanding of the precarious nature of American colonial life.