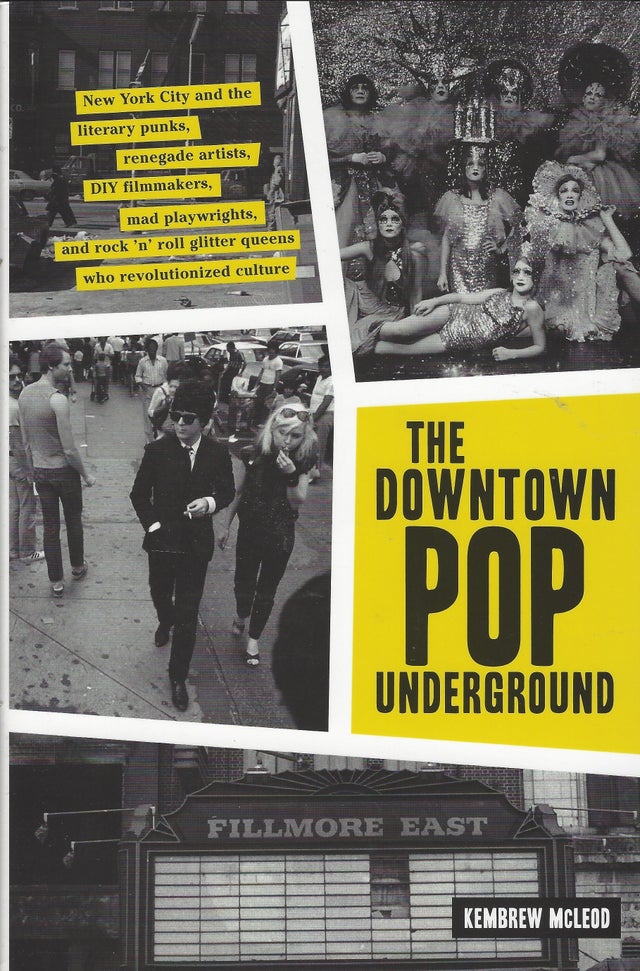 In the 1960s and early 1970s, the inhabitants of a small, roughly one-square-mile area of lower Manhattan were smashing the status quo of music, art, film, performance, and sexuality. These profound transformations were set in motion by a tight-knit community of theatrical performers, playwrights, poets, musicians, video-makers, visual artists, activists, and gender rebels who made sparks fly when they brushed up against each other. Paving the way for everything from punk rock, disco, indie media, and performance art to the gradual acceptance of gay and transgender life, this motley assemblage expressed themselves without a thought about career development, marketing, or sound business plans -- and, most importantly, they did it collectively in the spirit of fun and adventure.

In The Downtown Pop Underground, author Kembrew McLeod takes a kaleidoscopic tour of New York City during this era and, for the first time, shows the deep inter-conections between all the alternative worlds that flourished in the basement theaters, dive bars, concert halls, lofts, and dingy tenements. He links the artists, writers, and performers who created change, and while some of them didn't become everyday names, others, like Patti Smith, Andy Warhol, and Debbie Harry, did become icons. Ambitious in scope and scale, the book is fueled by the actual voices of many of the key characters who broke down the entrenched divisions between high and low, gay and straight, and art and commerce -- and helped change the cultural landscape and attitudes of not just the city but the world.