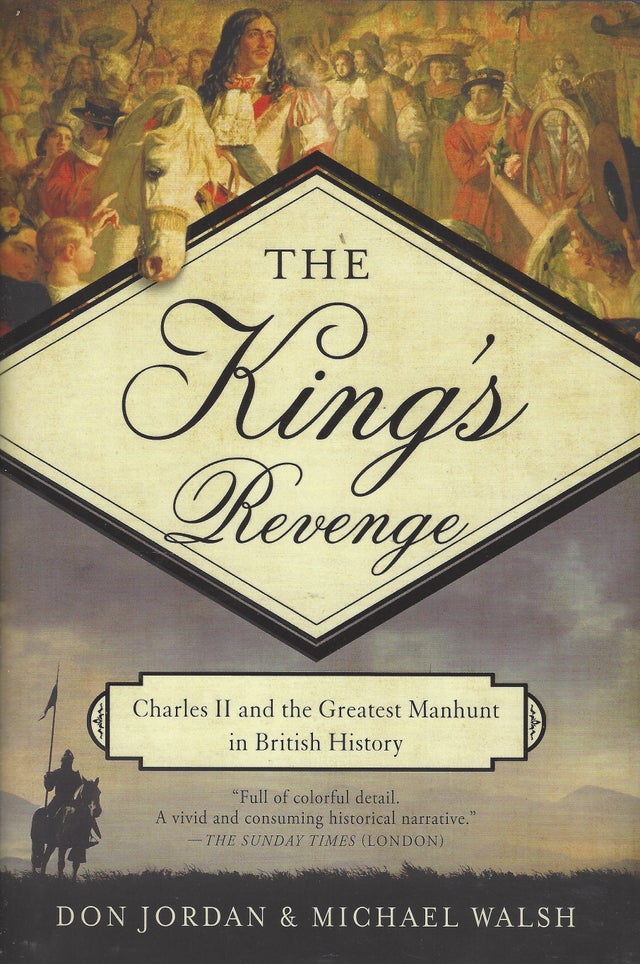 When Charles I was executed in 1649, his 19-year-old son Charles II made it his mission to seek revenge for his father's death. From exile, Charles II instigated what would become the biggest manhunt the nation had ever seen, spreading out across Europe and America and lasting for over thirty years. Then, when he ascended to the throne himself in 1660, Charles II intensified the search, with show trials in London and assassination squads scouring foreign countries.

As a result of this bloodthirsty quest, many of the most senior figures in England were hanged, drawn, and quartered. Others were imprisoned for life, while still more were consigned to a self-imposed exile, in constant fear of the assassin's bullet. Among these men were exceptional characters, including John Milton, poetic genius and political propagandist; Oliver Cromwell's steely son-in-law, Henry Ireton; and the errant son of an earl, Algernon Sidney, whose writings helped inspire the founders of the American Revolution. Even Cromwell himself was subjected to a most bizarre symbolic revenge when -- though long dead -- his body was disinterred and beheaded.

Set in an age of intrigue and betrayal, The King's Revenge brings these remarkable figures vividly to life in an engrossing tale of ambition, espionage, and double agents.