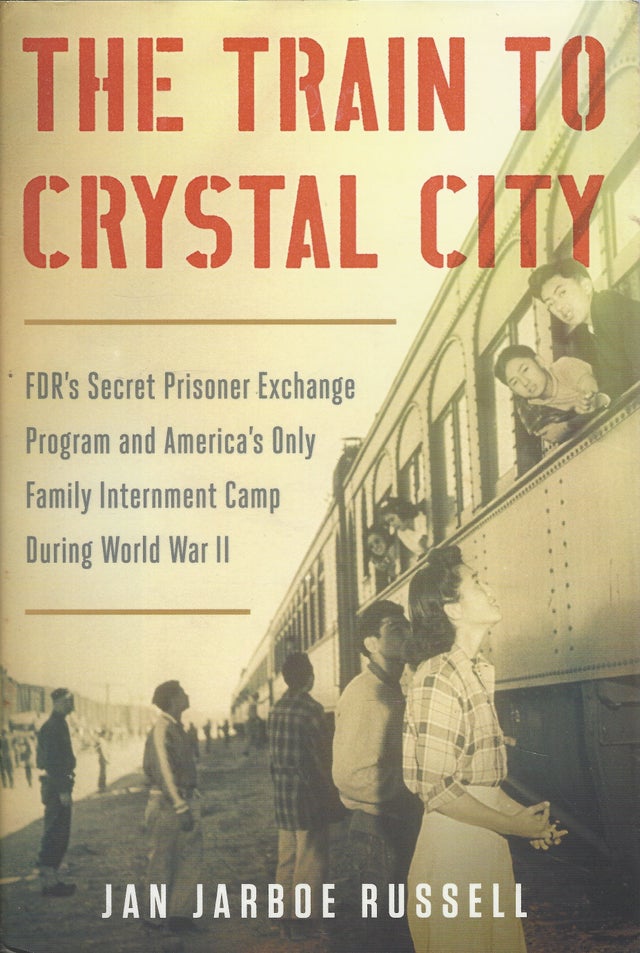 From 1942 to 1945, secret government trains regularly delivered civilians from the United States and Latin America to Crystal City, a small desert town at the southern tip of Texas. The trains carried Japanese, German, and Italian immigrants and their American-born children. The vast majority were deeply loyal to the United States, were never charged with any crime, and did not understand why they had been forced to leave their homes.

The only family internment camp during World War II, Crystal City was the center of a government prisoner exchange program. During the war, hundreds of prisoners in Crystal City, including their children, were exchanged for other ostensibly more important Americans -- diplomats, businessmen, soldiers, physicians, and missionaries -- behind enemy lines in Japan and Germany.

Haunted by the story for forty years, Jan Jarboe Russell interviewed more than fifty living internees from the camp and gained access to private journals, diaries, FBI files, camp administration records, and more. From these previously untouched sources, she has assembled a highly detailed and vivid reconstruction of daily life in the camp. Given its political role, Crystal City was a surprisingly hopeful place, run with genuine compassion by the Texas Rangers. Indeed, the inmates created churches, schools, libraries, and other associations. Yet tensions and struggles did occur, and Russell delivers the full complexity of this pocket civilization.

Focusing her story on two American-born teenage girls, Russell uncovers the details of their years spent in the camp, the struggles of their fathers, their families' subsequent respective journeys to war-devastated Germany and Japan, and their years-long attempts to survive and return to the United States. Their stories of day-to-day life at the camp, from the ten-foot-high security fence to the armed guards, daily roll call, and censored mail, have never been told.

Combining big-picture history with a little-known chapter of the war, The Train to Crystal City reveals the hysteria against the Japanese and Germans in America, the secrets of FDR's tactics to rescue POWs in Germany and Japan, how the definition of American citizenship changed under the pressure of war, and, above all, a tale of resilience and patriotism against overwhelming odds.