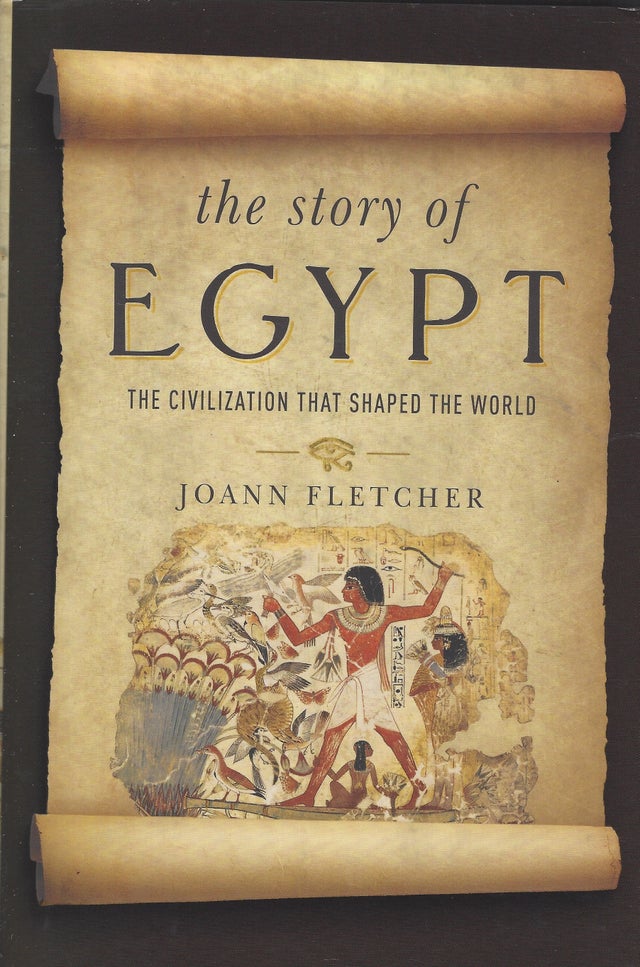 In the tradition of Mary Beard's SPQR, Professor Joann Fletcher relates the complete story of ancient Egypt, which spans more than 4000 years. In this revelatory book, she charts the rise and fall of this complex society while putting their whole world into a context to which modern readers can relate.

Professor Fletcher uncovers some fascinating revelations -- from Egypt's oldest art and the earliest settlers of the Nile River valley 30,000 years ago to the beginnings of mummification almost two thousand years earlier than previously believed. She also looks at the women who became pharaohs on at least ten occasions, as well as the evidence that the Egyptians built the first Suez Canal, circumnavigated Africa, and won victories at the original Olympic Games.

Whether it is revealing Ramses II's penchant for dyeing his greying hair to showing how we know Mentuhotep's wife bit her nails, The Story of Egypt reshapes our understanding of Egyptian society. Professor Fletcher's lively discourse -- including the rise and fall of regimes; invasions by the Persians, Alexander the Great, and the Romans; and astute examinations of technology and culture -- brings the history and people of ancient Egypt to life like never before.