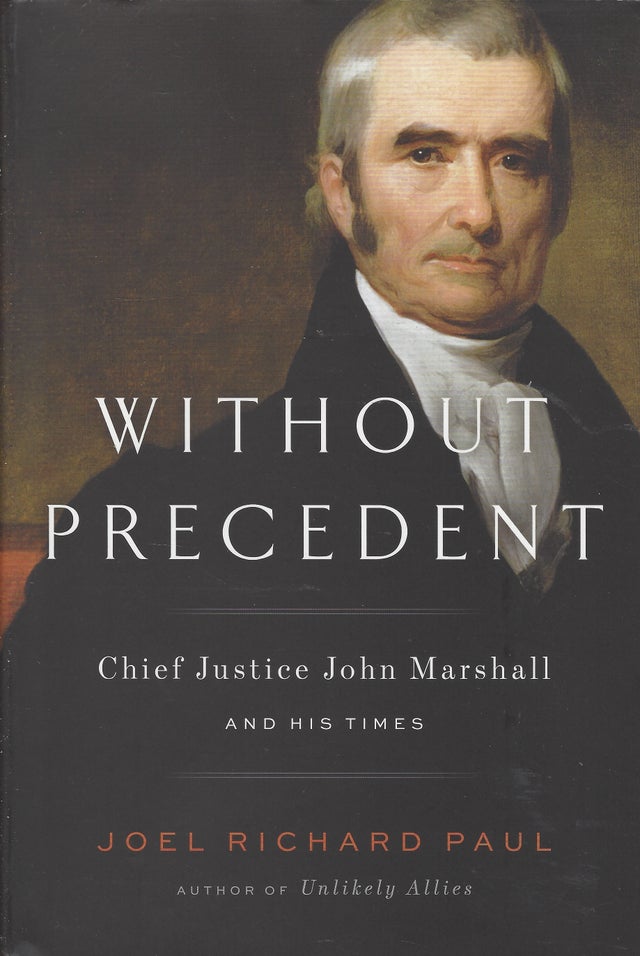 No member of America's Founding Generation had a greater impact on the Constitution and the Supreme Court than John Marshall, and no one did more to preserve the delicate unity of the fledgling United States. From the nation's founding in 1776 and for the next forty years, Marshall was at the center of every political battle. As Chief Justice of the United States, he established the independence of the judiciary and the supremacy of the federal Constitution and courts. As the leading Federalist in Virginia, he rivaled his cousin Thomas Jefferson in political influence. As a diplomat and secretary of state, he defended American sovereignty against France and Britain, counseled President John Adams, and supervised the construction of Washington, D.C.

This is the astonishing story of how a rough-cut frontiersman -- born in Virginia in 1775 and with little formal education -- invented himself as one of the nation's preeminent lawyers and politicians who then reinvented the Constitution to forge a stronger nation. Without Precedent is the engrossing account of the life and times of this exceptional man who, with cunning, imagination, and grace, shaped America's future as he held together the Supreme Court, the Constitution, and the country itself.