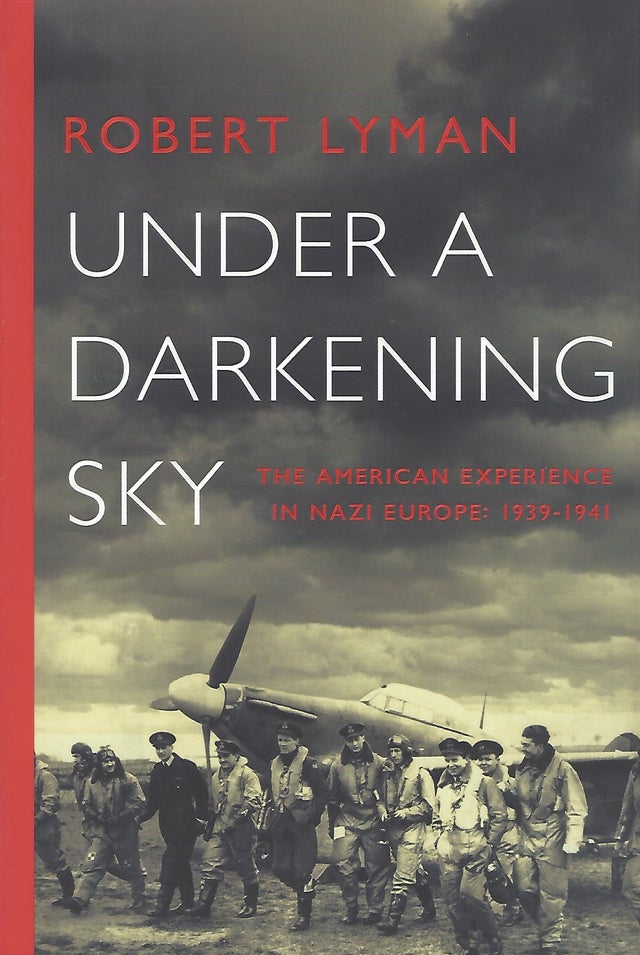 A poignant and powerful portrait of Europe in the years between 1939 and 1941 -- as the Nazi menace marches toward the greatest man-made catastrophe the world has ever experienced -- Under a Darkening Sky focuses on a diverse group of expatriate Americans. Told through the eyes and observations of these characters caught up in these seismic events, the story unfolds alongside a war that slowly drags a reluctant United States into its violent embrace.

This vibrant narrative takes these dramatic personalities and evokes the engagement between Europe and a reluctant America from September 3rd, 1939 -- when Britain delcares war -- through the tragedy of Pearl Harbor in December 1941. In a distinctively energetic storyline, Robert Lyman brings together a wide range of encounters, conversations, and memories. It includes individuals from across the social spectrum, from Josephine Baker to the young Americans who volunteered to fight in the RAF, as part of the famous "Eagle Squadrons."

Hundreds of young Americans -- like the aces James Goodison, Art Donahue, and the wealthy playboy Billy Fiske, who was the first American volunteer in the RAF to die in action during the Battle of Britain -- smuggled themselves into Canada so that they could volunteer for the cockpits of Spitfires and Hurricanes, as they flew against the deadly Luftwaffe over ever-darkening skies in London.