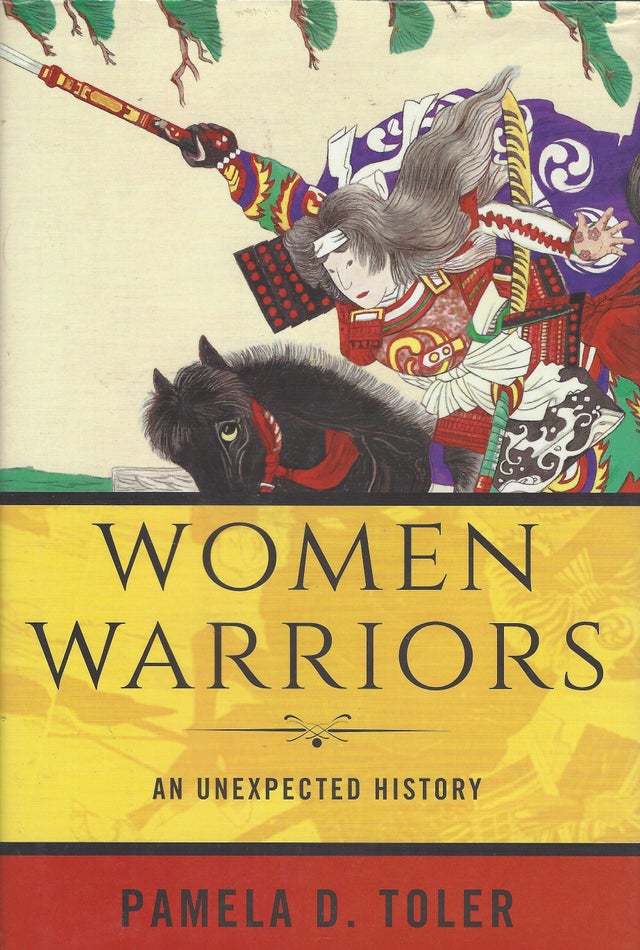 Who says women don't go to war? From Vikings and African queens to cross-dressing military doctors and World War II Russian fighter pilots, these are the stories of women for whom battle was not a metaphor.

The woman warrior is always cast as an anomaly -- Joan of Arc, not GI Jane. But women, it turns out, have long gone to war. In this fascinating and lively world history, Pamela Toler not only introduces us to women who took up arms but also shows why they did it and what happened when they stepped out of their traditional female roles to take on other identities.

These are the stories of women who fought because they wanted to, because they had to, or because they could. Among the warriors you'll meet in these pages are:

Tomyris, ruler of the Massagetae, who killed Cyrus the Great of Persia when he sought to invade her lands; the West African ruler Amina of Hausa, who led her warriors in a campaign of territorial expansion for more than thirty years; Boudica, who led the Celtic tribes of Britain into a massive rebellion against the Roman Empire to avenge the rapes of her daughters; the Trung sisters, Trung Trac and Trung Nhi, who led an untrained army of eighty thousand troops to drive the Chinese empire out of Vietnam; the Joshigun, thirty combat-trained Japanese women who fought against the forces of the Meiji emperor in the late nineteenth century; Lakshmi Bai, Rani of Jhansi, who was regarded as the "bravest and best" military leader in the 1857 Indian Mutiny against British rule; Maria Bochkareva, who commanded Russia's first all-female battalion -- the First Women's Battalion of Death -- during WWII; Buffalo Calf Road Woman, the Cheyenne warrior who knocked General Custer off his horse at the Battle of Little Bighorn;

Juana Azurduy de Padilla, a mestiza warrior who fought in at least sixteen major battles against colonizers of Latin America and who is a national hero in Bolivia and Argentina today; and Nadezhda Durova, who served for ten years in a Russian cavalry unit disguised as a man and was the first woman to receive the Russian Cross of St. George.

By considering the ways in which their presence has been erased from history, Toler reveals that women have always fought -- not in spite of being women, but because they are women.