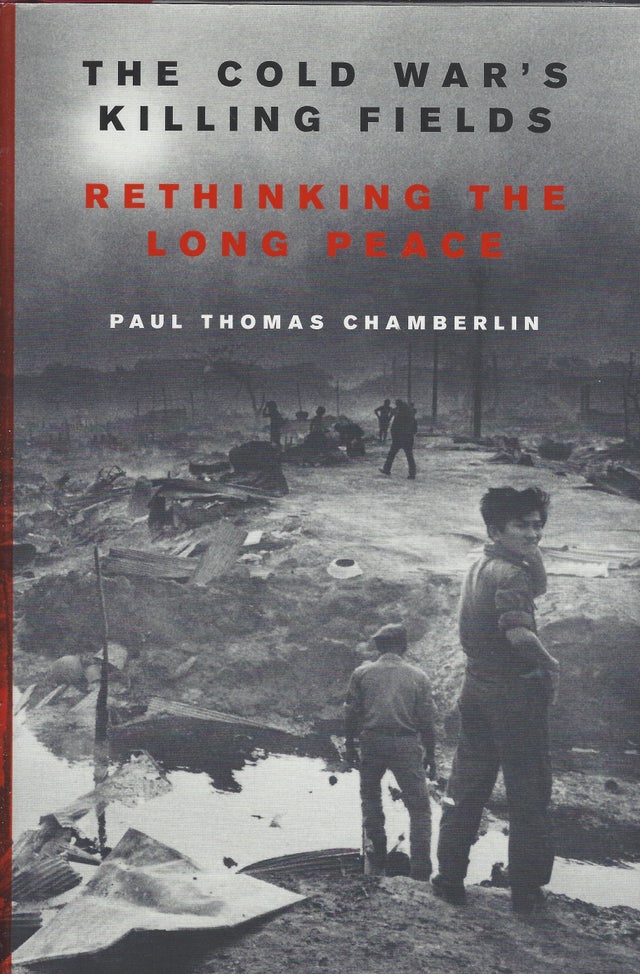 In this sweeping, deeply researched book, Paul Thomas Chamberlin boldly argues that the Cold War, long viewed as a mostly peaceful, if tense, diplomatic standoff between democracy and communism, fostered a series of deadly conflicts that killed millions on battlegrounds across the postcolonial world. For half a century, as an uneasy accord hung over Europe, ferocious wars raged in the Cold War's killing fields, resulting in more than fourteen million dead -- victims who remain largely forgotten and all but lost to history.

A superb work of scholarship, The Cold War's Killing Fields is the first global military history of this conflict and the first full accounting of its devastating impact. More than previous armed conflicts, the wars of the post-1945 era ravaged civilians across vast stretches of territory, from Korea and Vietnam to Bangladesh and Afghanistan to Iraq and Lebanon. Chamberlin provides an understanding of this sweeping history from the ground up and offers a moving portrait of human suffering, capturing the voices of those who experienced the brutal warfare.

Chamberlin reframes this period in global history and explores in detail the numerous battles fought to prevent nuclear war, bolster the strategic hegemony of the United States and the USSR, and determine the fates of societies throughout the Third World.