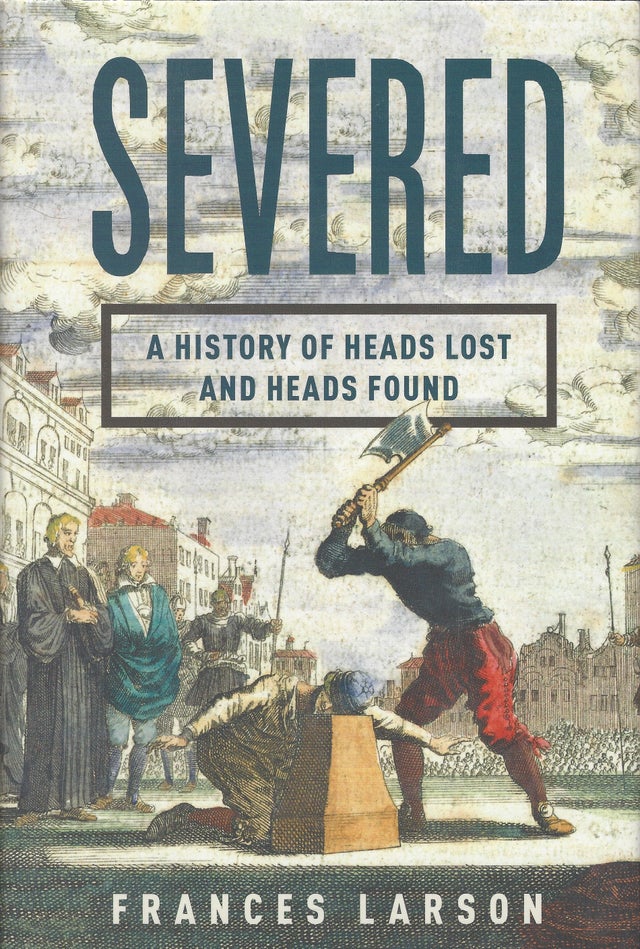 The human head is exceptional. It accommodates four of our five senses, encases the brain, and boasts the most expressive set of muscles in the body. It is our most distinctive attribute, and it connects our inner selves to the outer world more evocatively than any other part of the body. Yet there is a dark side to the head's preeminence. In Severed, anthropologist Frances Larson takes readers on a serious and seriously entertaining tour of the dark and varied obsessions that the "civilized West" has had with decapitated heads and skulls.

Over the centuries, this fixation has taken the form of human heads that decorate our churches, festoon our city walls, and fill our museums. Long regarded as objects of fascination and repulsion, they have also been props for artists and specimens for laboratory scientists, trophies for soldiers, and items of barter. Today, as grisly videos of decapitations circulate on-line and scientists promise the wealthy among us that our heads may one day live on without our bodies, the severed head is as contentious and compelling as ever.

Frances Larson examines the perennial question of just how long one retains consciousness following a successful decapitation and relates chilling tales of "experiments" conducted by scientists and executioners alike. A book that includes discussions of shrunken heads, trophy heads, framed heads, frozen heads, and even heads that have a more active social life in death than their owners ever had while alive, Severed investigates the ways in which the head represents our most savage but also our most human characteristics. From the Western colonists whose demand for shrunken heads spurred brutal massacres to the troops in the Second World War who sent the remains of Japanese soldiers home to their girlfriends, from the memento mori in Romantic portraits to Damien Hirst's With Dead Head, from grave-robbing phrenologists to enterprising cryonicists, Severed explores the bizarre, often gruesome and confounding history of the severed head.