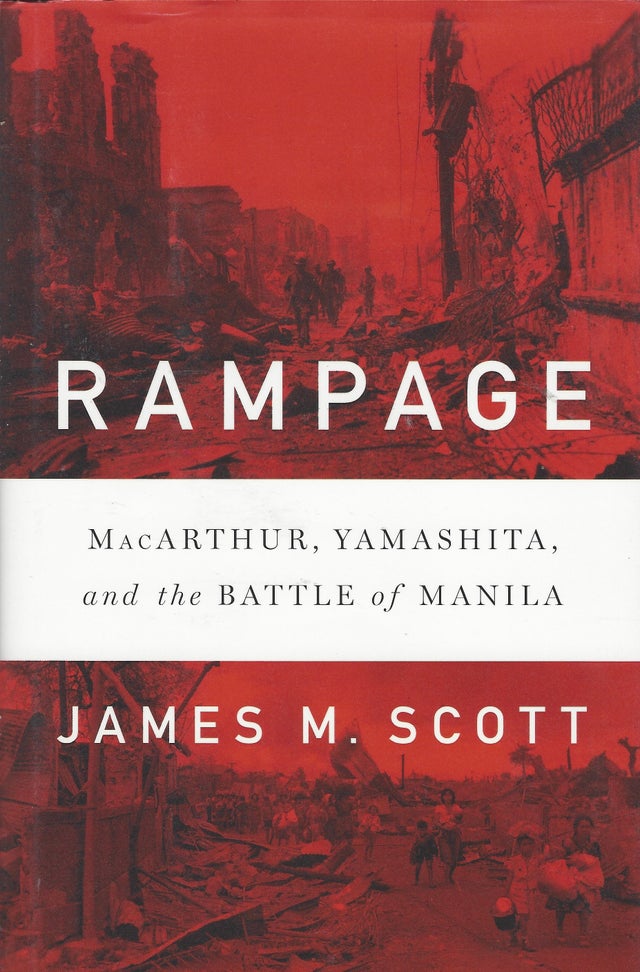 Before World War II, Manila was a slice of America in Asia, populated with elegant neoclassical buildings, spacious parks, and home to thousands of U.S. servicemen and business executives who enjoyed the relaxed pace of the tropics. The outbreak of the war, however, brought an end to the good life. General Douglas MacArthur, hoping to protect the Pearl of the Orient, declared the Philippine capital an open city and evacuated his forces. The Japanese seized Manila on January 2, 1942, rounding up and interning thousands of Americans.

MacArthur, who escaped soon after to Australia famously vowed to return. For nearly three years, he clawed his way north, obsessed with redeeming his promise and turning his earlier defeat into victory. By early 1945, he prepared to liberate Manila, a city whose residents by then faced widespread starvation. Convinced the Japanese, under the command of General Tomoyuki Yamashita, would abandon Manila as he did, MacArthur planned a victory parade down Dewey Boulevard. But the enemy had other plans. Determined to fight to the death, Japanese marines barricaded intersections, converted buildings into fortresses, and booby-trapped stores, graveyards, and even dead bodies.

The twenty-nine-day battle to liberate Manila resulted in the catastrophic destruction of the city and a rampage by Japanese forces that brutalized the civilian population. Landmarks were demolished, houses were torched, suspected resistant fighters were tortured and killed, countless women were raped, and their husbands and children were murdered. American troops had no choice but to battle the enemy, floor by floor and room by room, through schools, hospitals, and even sports stadiums. In the end, an estimated 100,000 civilians lost their lives in a massacre as heinous as the Rape of Nanking.

Based on extensive research in the United States and the Philippines, including war-crimes testimony, after-action reports, and survivor interviews, Rampage recounts one of the most heartbreaking chapters of Pacific War history.