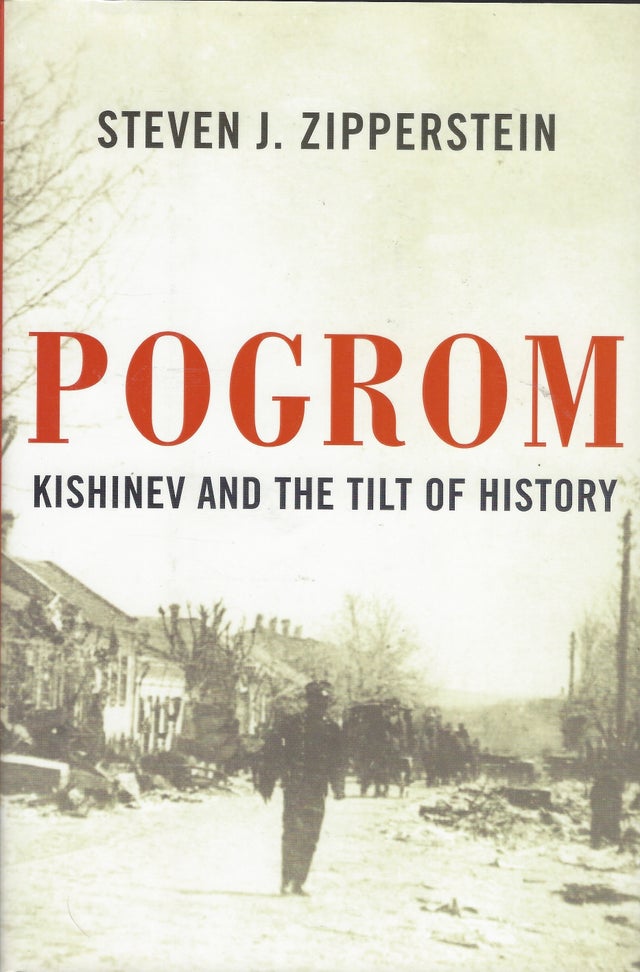 The provincial city of Kishinev, located at the edge of the Russian empire, was wracked by three days of mayhem in April 1903 with forty-nine Jews killed and six hundred raped or wounded. The riot would come to be seen as the twentieth century's most horrific anti-Jewish massacre before Buchenwald and Auschwitz, and the town's very name came to evoke Jewish suffering and persecution more starkly than any other. Acclaimed historian Steven J. Zipperstein was determined to trace Kishinev's origins, separating fact from fiction, in an effort to explain the exceptionally long shadow it cast over the course of the rest of the century and beyond.

In Pogrom, Zipperstein recounts the riots with almost novelistic detail and frames the Kishinev massacre within those last few decades of the tsarist empire, revealing how these local riots in the backwater province of Bessarabia, though occurring at the dawn of the twentieth century, were nevertheless inspired by the oldest of accusations -- that of the Jewish blood libel, which charged Jews with the use of Christian blood for ritualistic purposes.

Recounted in lurid detail by tabloid newspapers across the globe -- and often misconstrued or mythologized -- these Easter attacks seized the imagination of an international public like no other act of anti-Jewish violence before, and spawned, among other things, the writing of The Protocols of the Elders of Zion, as well as popular plays and poetry, and even contributed to the founding of the NAACP. Particularly revelatory is Zipperstein's discovery of long-lost documents that expand our knowledge of Pavel Krushevan, one of the authors of the Protocols. Zipperstein further augments his account through other memorable historical figures, among them the poet Hayyim Nahman Bialik, whose Kishinev-inspired "In the City of Killing" is considered the most influential poetic Hebrew work of the modern age; and Michael Davitt, Irish radical and journalist, whose wrenching reports for the Hearst press would set the baseline for knowledge about the Jews of Russia for years to come.

Just at a time when Jews were bitterly divided over emigration, Zionism, and Jewish socialism, Kishinev offered a rare moment of unity, as the belief in these ever-increasing dangers -- even as some were perpetuated as rumors and half-truths -- acted as an accelerant, both to the emboldened anti-semites and to a generation of Jews who came to realize that their future was imperiled. With new evidence culled from Russia, Israel, and Europe, Pogrom brings much-needed historical insight to a misunderstood event that would do much to upend Jewish life in the decades to come.