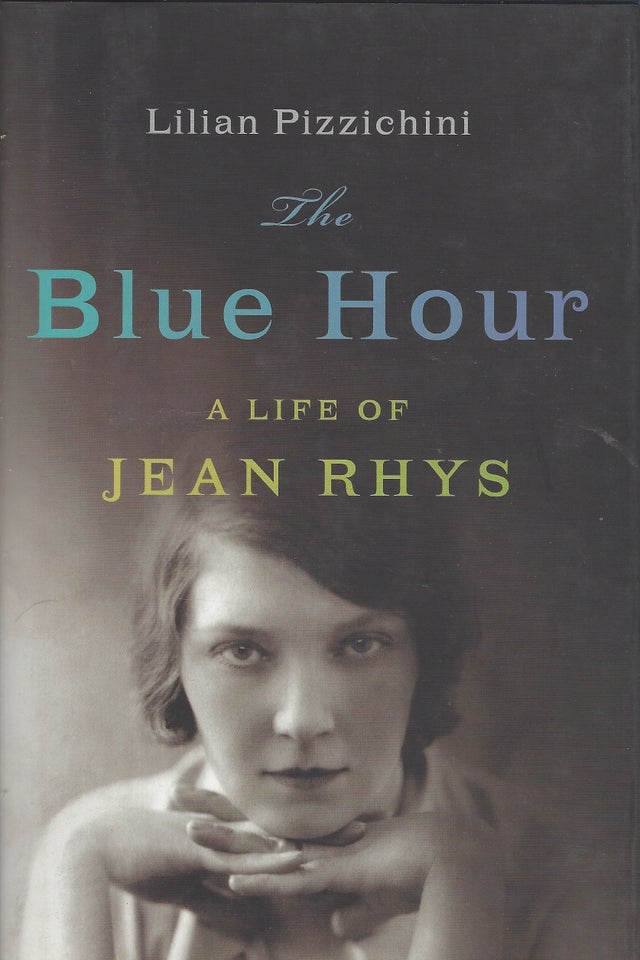 Described by Al Alvarez as "one of the finest British writers of [the twentieth] century," Jean Rhys is perhaps best known for her tour-de-force Wide Sargasso Sea, which tells the story of Bertha Rochester, Charlotte Bronte's "madwoman in the attic." Rhys lives on through her haunting novels, but inextricable from her literary genius was an undeniable despair. Her life became dangerously similar to that of her heroines -- the life of a ravishing and talented young woman driven to near insanity by cruelties beyond her control.

In The Blue Hour, biographer Lilian Pizzichini delves into Rhys's demimonde and examines the roots of both her gifts and her desperation. This highly anticipated, insightful biography begins with Rhys's birth in 1890 to a Welsh physician and a Creole-Scotch woman and her dreamy but isolated childhood in Dominica, an island of lush, wild, and melancholic beauty. Though she would always be tethered to this colonial world, Rhys was wrested away from her Caribbean idyll at the age of seventeen and sent across the Sargasso Sea to England's cold, gray shores.

Given her exotic background, Rhys never fully adjusted to the harsh realities of British boarding-school life, and she soon abandoned it for an even more precarious existence as a London chorus girl and artists' model. Her fate fell into the hands of married men, and when she did finally find love she was ruthlessly betrayed. Emotionally reeling, she plunged headlong into marriage and the bohemian scene of 1920s Paris. As she sank deeper into a psychological abyss -- a life of illusions maintained only through alcohol -- and was forced to bury one child and abandon another, Rhys's literary talent flourished.

During two more failed marriages as well as an affair with Ford Madox Ford, Rhys managed to write five novels of startling beauty. Though her relationship with Ford ended badly, she managed to secure an introduction to his publisher, who brought out her first collection of short stories in 1927. Impressionistically following Rhys's dizzying trajectory through fame and obscurity, Pizzichini portrays a woman for whom writing was not only her life, but also her lifeline. Alone, but not idle, Rhys was reduced to churning out pages while living in a Cornwall rooming house. Then, in 1957, she was rediscovered when the BBC aired a broadcast of her 1939 novel Good Morning, Midnight; she emerged from the shadows -- few knew that she was still alive -- with a short story collection and Wide Sargasso Sea, the literary exorcism of the demons from her dark and distorted life.

Made a CBE in 1978, the year before she died, Rhys felt that her critical acclaim had "come too late." This compelling and often heartbreaking biography, the first truly intimate account of Rhys since her unfinished autobiography Smile Please, provides an unforgettable portrait of the world as Rhys herself saw it: hostile, chaotic, full of flawed humanity and fragile dreams -- one experienced through the thinnest of skins. A moving evocation of a fragile and brilliant mind, The Blue Hour juxtaposes Rhys's troubled life with the crucial thing that spared her from the ultimate fate of her most famous protagonist: a blazing genius that rescued her, time and time again, from the abyss.