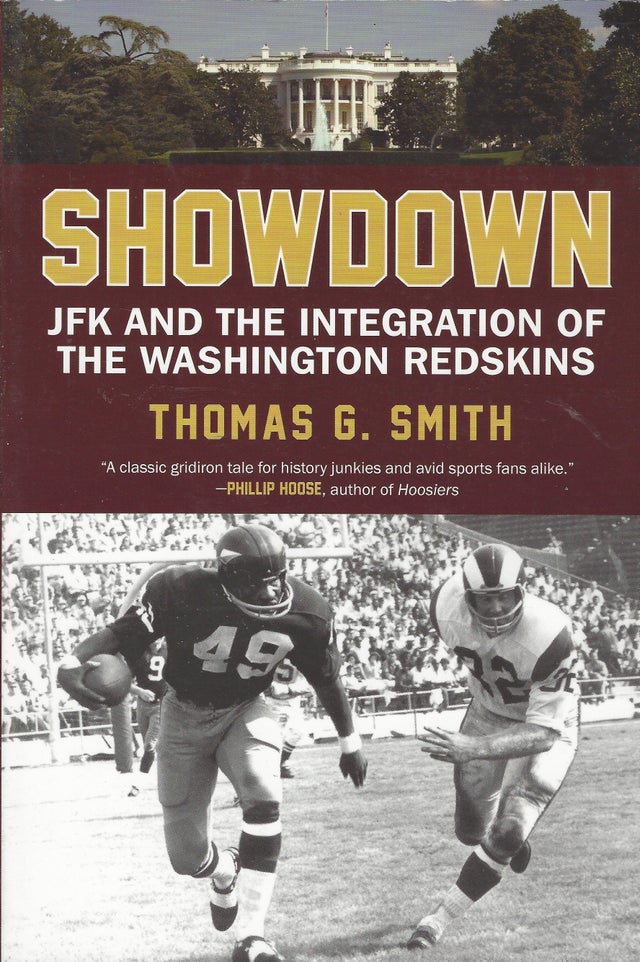 In 1961, the Washington Redskins stood alone as the only NFL team without a black player on its roster. In fact, during the entire twenty-five-year history of the franchise, no African American had ever played for George Preston Marshall, the Redskins' cantankerous principal owner. Like other Southern-born segregationists, Marshall stood firm against race-mixing. "We'll start signing Negroes," he once boasted," when the Harlem Globetrotters start signing whites." But that was about to change.

Opposing Marshall was interior Secretary Stewart Udall, whose determination that the Redskins -- or "Paleskins" as he called them -- reflect John F. Kennedy's New Frontier ideals led to one of the most high-profile contests to spill beyond the sports pages. In Showdown, Thomas G. Smith captures this striking moment, one that held sweeping implications not only for one team's racist policy but also for a sharply segregated city and for the nation as a whole.

THIS IS A BRAND NEW BOOK. THERE IS A SMALL "CLOSEOUT/REMAINDER" MARK ON THE BOTTOM PAGE EDGES.