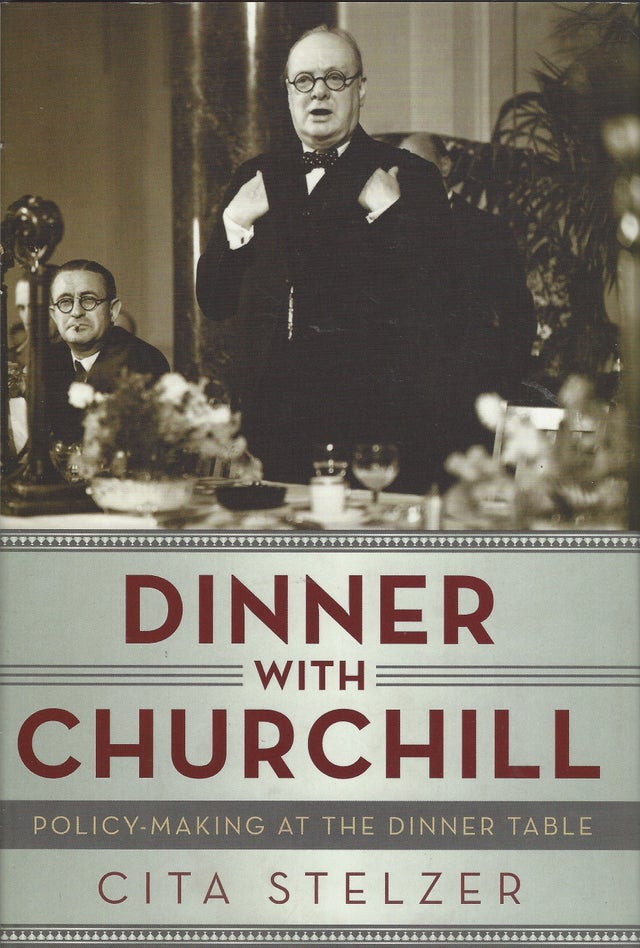 A friend once said of Churchill, "He is a man of simple tastes; he is quite easily satisfied with the best of everything.

But dinners for Churchill were about more than good food, excellent champagnes, and Havana cigars. "Everything" included the opportunity to use the dinner table both as a stage on which to display his brilliant conversational talents, and an intimate setting in which to glean gossip and diplomatic insights, and to argue for the many policies he espoused over a long life.

In this riveting, intellectual, and entertaining book, Stelzer draws on previously untapped material, diaries of guests, and a wide variety of other sources to tell of some of the key dinners at which Churchill presided before, during, and after World War II -- including the important conferences at which he used his considerable skills to attempt to persuade his allies, Franklin Roosevelt and Joseph Stalin, to fight the war according to his strategic vision.