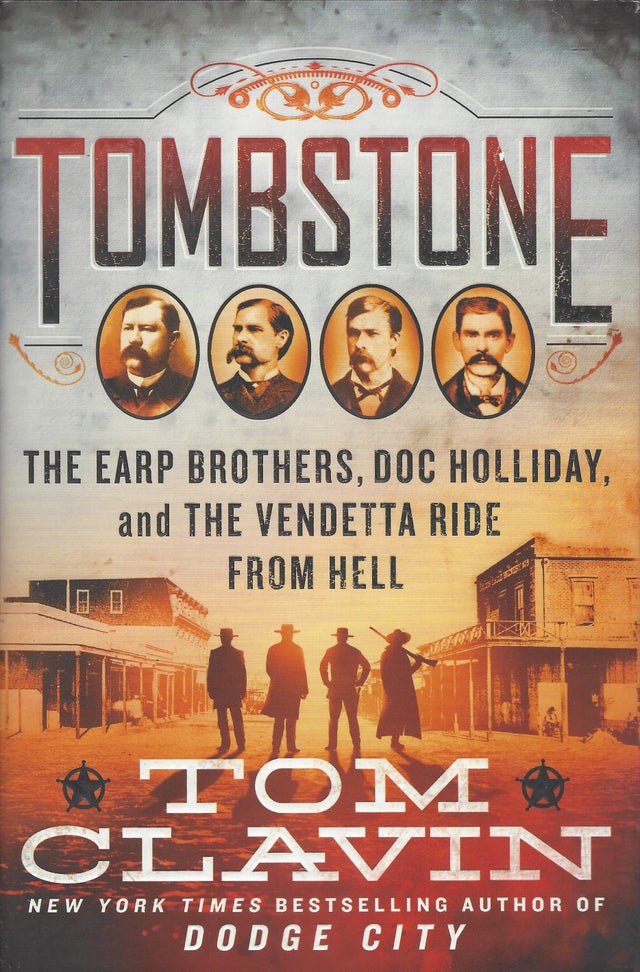 October 26, 1881. In Tombstone, Arizona, thirty bullets were exchanged in thirty seconds, killing three men and wounding three others. Two opposing forces representing the past and future of the American West -- were at play on that day in history: cattle rustlers, who had been terrorizing the back country of Mexico and selling the livestock they stole to corrupt ranchers, and the citizens of Tombstone. How could Tombstone rid itself of the gangs of vigilantes invading their bustling boom town? When would law and order be restored? And who would lead the charge?

The epic gunfight at the O.K. Corral was the result of these long-simmering tensions -- and sealed the fate of its participants. There were the "good guys" -- Tombstone marshal Virgil Earp and deputies Wyatt and Morgan Earp, along with the shotgun toting Doc Holliday -- and the bad: Ike and Billie Clanton, Frank and Tom McLaury, and other cowboys, bandits, and notorious outlaws in between.

With Tombstone, bestselling author Tom Clavin also digs deep into the legendary aftermath of the O.K. Corral shoot-out -- including Wyatt Earp's "vendetta ride" to track down the likes of Johnny Ringo and Curly Bill Brocius -- to reveal the true story of the drama and violence of the era.

As the tales -- true and tall -- of Tombstone grew, so too have the novelizations, movie adaptations, and myths. In this unique and absorbing chronicle, Clavin provides fresh insights and previously overlooked details to bring this thrilling chapter of American frontier history to vivid and everlasting life.