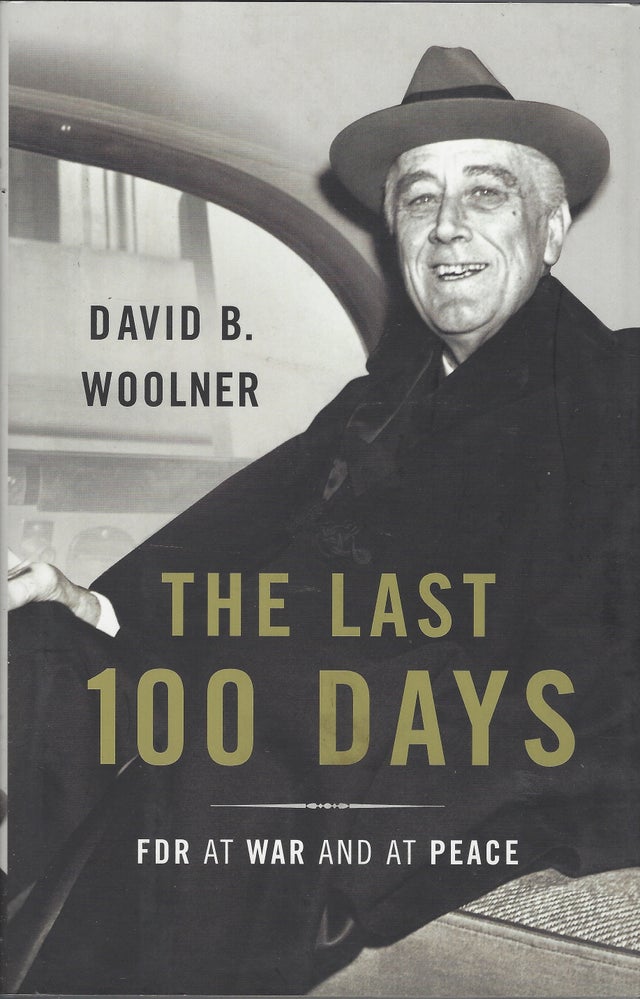 The first hundred days of Franklin D. Roosevelt's presidency are justly famous, a period of political action without equal in American history and still the standard by which we judge our presidents. Yet, in this remarkably intimate portrait of a president nearing the end, Roosevelt scholar David B. Woolner contends that the last hundred days might very well rival them in drama and consequence.

Woolner takes us from the final Christmas in Hyde Park, New York, where FDR received dispiriting reports from the Battle of the Bulge, to his unexpected death in Warm Springs, Georgia, on April 12, 1945, when the war in Europe was all but over. Though suffering from numerous ailments, some diagnosed, others not, FDR traveled halfway around the globe and back again, presiding over pivotal summits -- including with Stalin and Churchill at Yalta -- whose legacy are still felt across the world. Throughout, FDR called on every ounce of his diminishing energy in his attempts to establish a congress of nations, reinvigorate the New Deal, and bring an end to American isolationism.

As Woolner argues, better than any of his aides or foreign counterparts, FDR understood the crucial role of the United States in shaping the peace to come, to the point that he contemplated resigning his office to become the first secretary-general of the United Nations. The Last 100 Days ultimately forces us to reckon with Roosevelt's conviction that the world's problems are America's problems, and to ask ourselves if, in the face of the challenges confronting us today, we will exhibit the same courage to live up to our responsibilities.