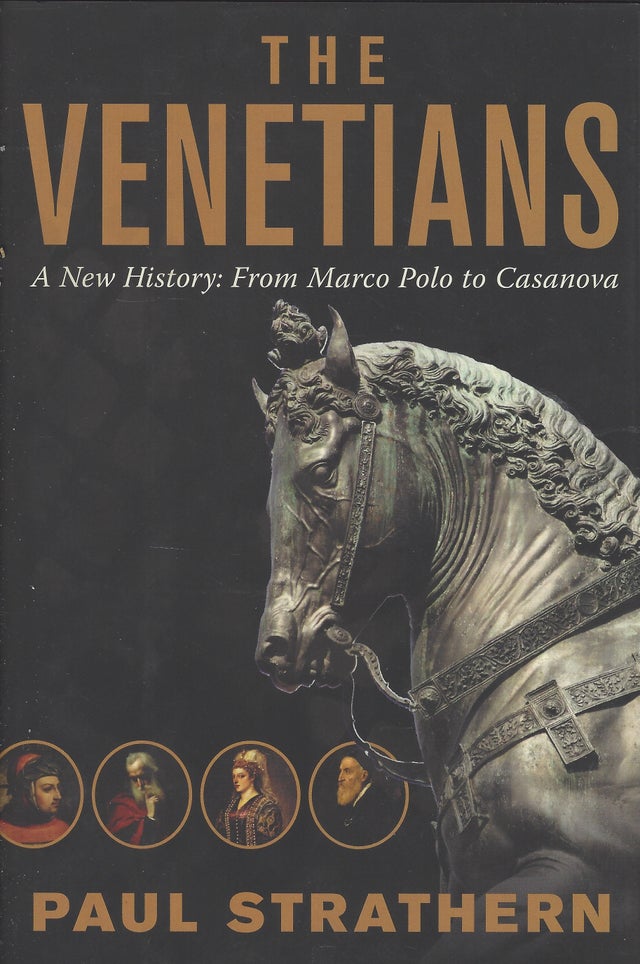 The Republic of Venice was the first great economic, cultural, and naval power of the modern Western world. After winning the struggle for ascendency in the late 13th century, the Republic enjoyed centuries of unprecedented glory and built a trading empire which at its apogee reached as far afield as China, Syria, and West Africa. This golden period only drew to an end with the Republic's eventual surrender to Napoleon.

The Venetians illuminates the character of the Republic during these illustrious years by shining a light on some of the most celebrated personalities of European history -- Petrarch, Marco Polo, Galileo, Titian, Vivaldi, Casanova. Frequently, though, these emblems of the city found themselves at odds with the Venetian authorities, who prized stability above all else, and were notoriously suspicious of any "cult of personality." Was this very tension perhaps the engine for the Republic's unprecedented rise?

Rich with biographies of some of the most exalted characters who have ever lived, The Venetians is a refreshing and authoritative new look at the history of the most evocative of city states.