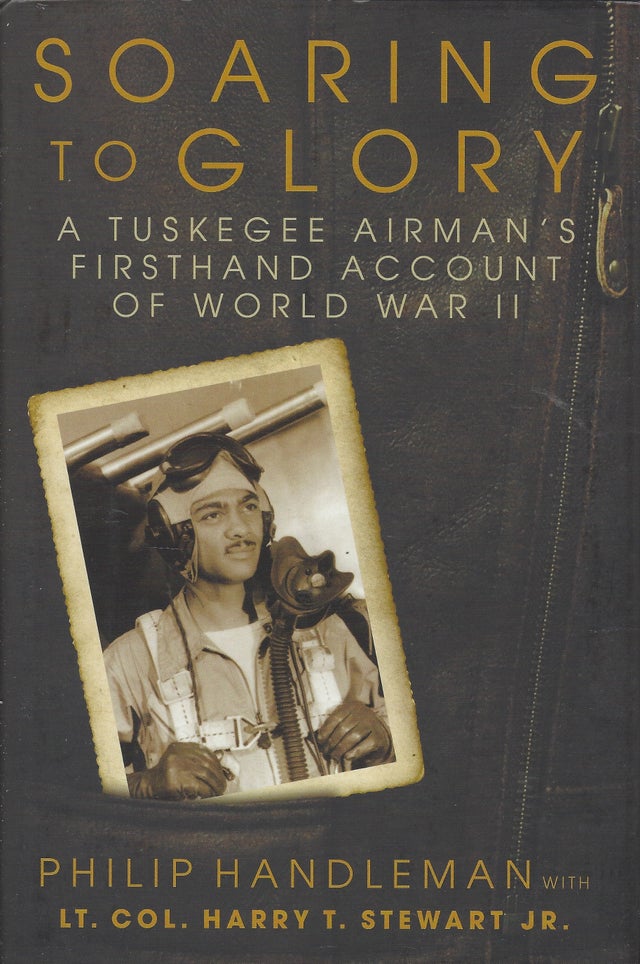 He had to sit in a segregated rail car on the journey to Army basic training in Mississippi in 1943. But two years later, the twenty-year-old African American from New York was at the controls of a P-51, prowling for Luftwaffe aircraft at five thousand feet over the Austrian countryside. By the end of World War II, he had done something that nobody could take away from him:

He had become an American hero.

This is the remarkable true story of Lt. Col. Harry Stewart Jr., one of the last surviving Tuskegee Airmen of World War II. Award-winning aviation writer Philip Handleman recreates the harrowing action and hear-pounding drama of Stewart's combat missions, including the legendary mission in which Stewart downed three enemy fighters.

Soaring to Glory also reveals the cruel injustices Stewart and his fellow Tuskegee Airmen faced during their wartime service and upon return home after the war. Stewart's heroism was not celebrated as it should have been in postwar America -- but now, his boundless courage and determination will never be forgotten.