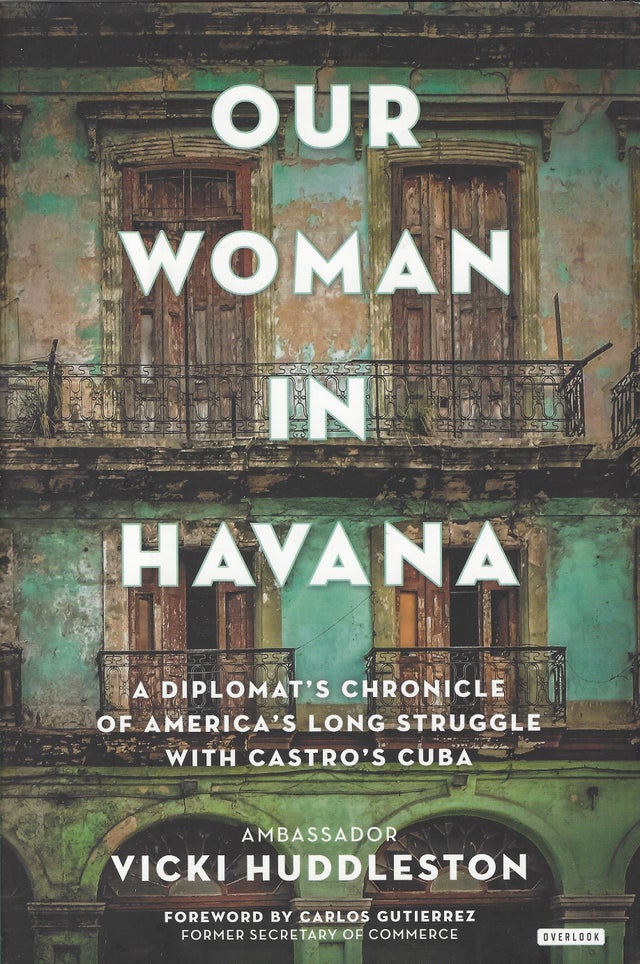 Our Woman in Havana chronicles the past several decades of US-Cuba relations from the bird's-eye view of State Department veteran and longtime Cuba hand Vicki Huddleston, our top diplomat in Havana under Presidents Clinton and George W. Bush.

After the US embassy in Havana was shuttered in 1961, diplomatic relations between the two countries broke off. A thaw came in 1977, with the opening of a de facto embassy in Havana, the US Interests Section, where Huddleston would later serve. In her compelling memoir of a diplomat at work, she tells gripping stories of face-to-face encounters with Fidel Castro and initiatives she undertook, like the transistor radios she furnished to ordinary Cubans. With inside accounts of many dramatic episodes, like the tumultuous Elian Gonzalez custody battle, Huddleston also evokes the charm of the island country and her warm affection for the Cuban people.

Huddleston recounts missed opportunities for detente, and the myths, misconceptions, and lies that have long pervaded US-Cuba relations. With Raul Castro scheduled to step down in 2018, she also peers into the future, when for the first time in more than six decades no one named Castro will be Cuba's leader.

Our Woman in Havana is essential reading for anyone interested in Cuba, including the thousands of Americans visiting the island every year, observers who study the stormy relationship with our near neighbor, and policymakers navigating the nuances and challenges of the US-Cuba relationship.