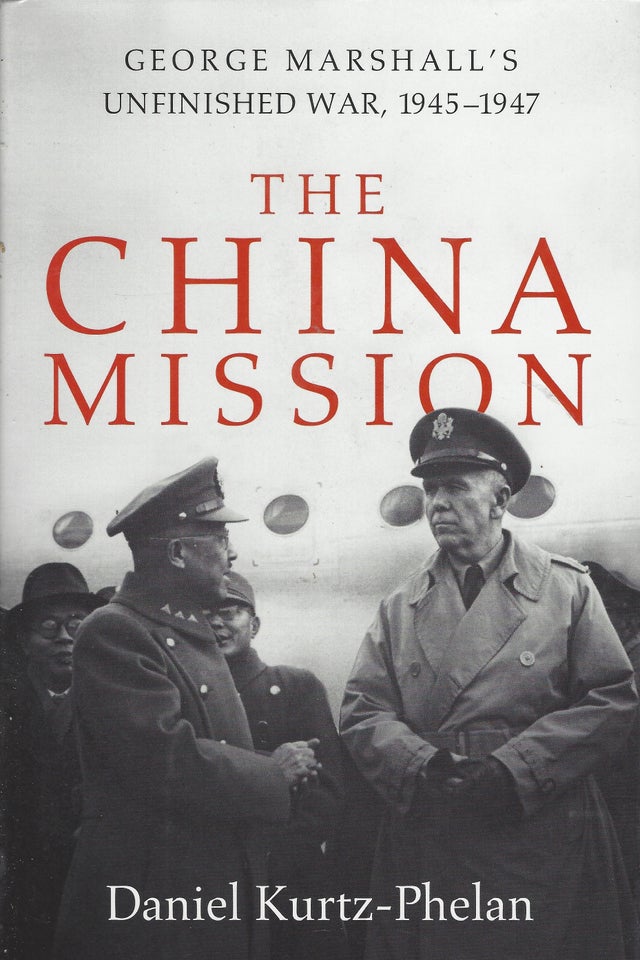 As World War II came to an end, General George Marshall was renowned as the architect of the Allied victory. Set to retire, he instead accepted what he thought was a final mission -- this time not to win a war, but to stop one. Across the Pacific, conflict between Chinese Nationalists and Communists threatened to suck in the United States and escalate into revolution. His assignment was to broker a peace, build a Chinese democracy, and prevent a Communist takeover, all while staving off World War III.

In his thirteen months in China, Marshall journeyed across battle-scarred landscapes, grappled with Mao Zedong and Zho Enlai, and plotted and argued with Generalissimo Chiang Kai-shek and his brilliant wife, often over card games of cocktails. The results at first seemed miraculous. But as they started to come apart, Marshall was faced with a wrenching choice. Its consequences would define the rest of his career, as the secretary of state who launched the Marshall Plan and set the standard for American leadership, and the shape of the Cold War and the U.S.-China relationship for decades to come. It would also help spark one of the darkest turns in American civic life, as Marshall and the mission became a first prominent target of McCarthyism, and the question of "who lost China" roiled American politics.

The China Mission traces this neglected turning point and forgotten interlude in a heroic career -- a story of not just diplomatic wrangling and guerrilla warfare, but also intricate spycraft and charismatic personalities. Drawing on eyewitness accounts both personal and official, it offers a richly detailed, gripping, close-up, and often surprising view of the central figures of the time -- from Marshall, Mao, and Chiang to Eisenhower, Truman, and MacArthur -- as they stood face-to-face and struggled to make history with consequences and lessons that echo today.