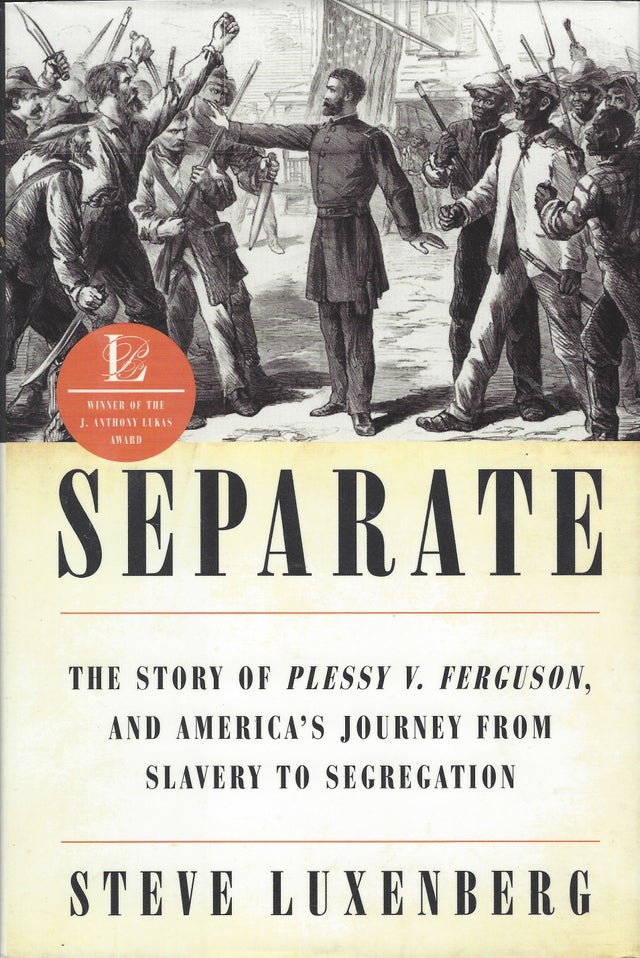 Plessy v. Ferguson, the Supreme Court case synonymous with "separate but equal," created remarkably little stir when the justices announced their near-unanimous decision on May 18, 1896. Yet it is one of the most compelling and dramatic stories of the nineteenth century, whose outcome embraced and protected segregation, and whose reverberations are still felt into the twenty-first century.

Separate spans a striking range of characters and landscapes, bound together by the defining issue of their time and ours -- race and equality. Wending its way through a half-century of American history, the narrative begins at the dawn of the railroad age, in the North, home to the nation's first separate railroad car, then moves briskly through slavery and the Civil War to Reconstruction and its aftermath, as separation took root in nearly every aspect of American life.

Award-winning author Steve Luxenberg draws from letters, diaries, and archival collections to tell the story of Plessy v. Ferguson through the eyes of the people caught up in the case. Separate depicts indelible figures such as the resisters from the mixed-race community of French New Orleans, led by Louis Martinet, a lawyer and crusading newspaper editor; Horner Plessy's lawyer, Albion Tourgee, a best-selling author and the country's best-known white advocate for civil rights; Justice Henry Billings Brown, from antislavery New England, whose majority ruling endorsed separation; and Justice John Harlan, the Southerner from a slaveholding family whose singular dissent cemented his reputation as a steadfast voice for justice.

Sweeping, swiftly paced, and richly detailed, Separate provides a fresh and urgently needed exploration of our nation's most devastating divide.