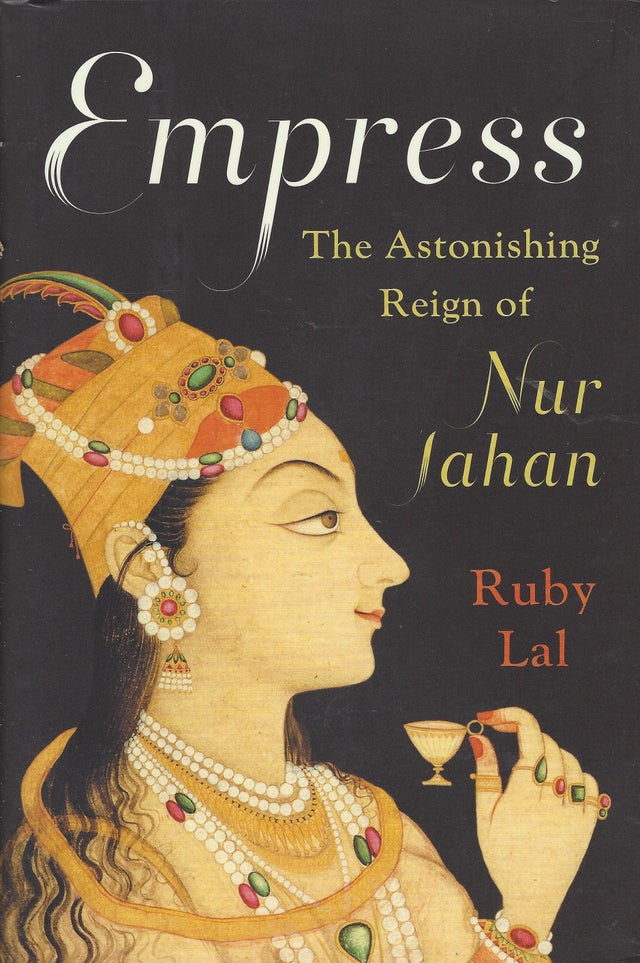 When it came to hunting, she was a master shot. As a dress designer, few could compare. An ingenious architect, she innovated the use of marble in her parents' mausoleum on the banks of the Yamuna River, the building that inspired her stepson's Taj Mahal. And she was both celebrated and reviled for her political acumen and diplomatic skill, which rivaled those of her female counterparts in Europe and beyond.

In 1611, thirty-four-year-old Nur Jahan, daughter of a Persian noble and widow of a subversive official, became the twentieth and most cherished wife of the Emperor Jahangir. While other wives were secluded behind walls, Nur ruled the vast Mughal Empire alongside her husband, and governed in his stead as his health failed and his attentions wandered from matters of state. An asture politician and devoted partner, Nur led troops into battle to free Jahangir when he was imprisoned by one of his own officers. She signed and issued imperial orders, and coins of the realm bore her name.

Acclaimed historian Ruby Lal uncovers the rich life and world of Nur Jahan, rescuing this dazzling figure from patriarchal and Orientalist cliches of romance and intrigue, and given new insight into the lives of women and girls in the Mughal Empire. Nur's confident assertion of authority and talent is revelatory. In Empress, she finally receives her due in a deeply researched and evocative biography that awakens us to a fascinating history.