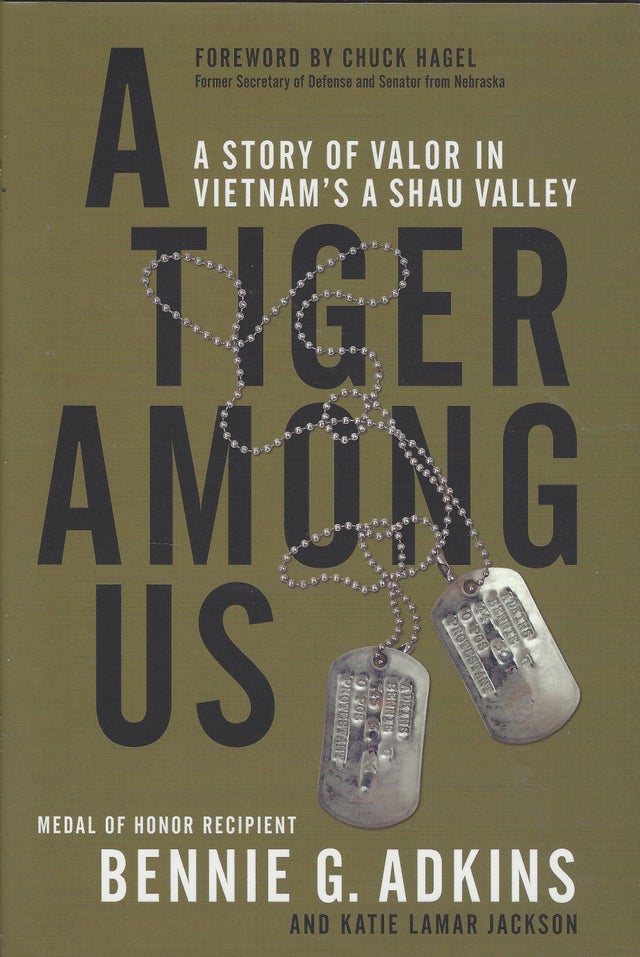 While the rain and mist of an early March moved over the valley, then - Sergeant First Class Bennie Adkins and sixteen other Green Berets found themselves holed up in an undermanned and unfortified position at Camp A Shau, a small training and reconnaissance camp located right next to the infamous Ho Chi Minh Trail, North Vietnam's major supply route. And with the rain came the North Vietnamese Army in force.

Surrounded 10-to-1, the Green Berets endured constant mortar and rifle fire, direct assaults, treasonous allies, and volatile jungle weather. But there was one among them who battled ferociously, like a tiger, and when they finally evacuated, he carried the wounded to safety. Forty-eight years later, Command Sergeant Major Bennie Adkins's valor was recognized when he received this nation's highest military award, the Medal of Honor.

Filled with the sights, smells, and sounds of a raging battle fought in the middle of a tropical forest, A Tiger Among Us is a riveting tale of bravery, valor, skill, and resilience.