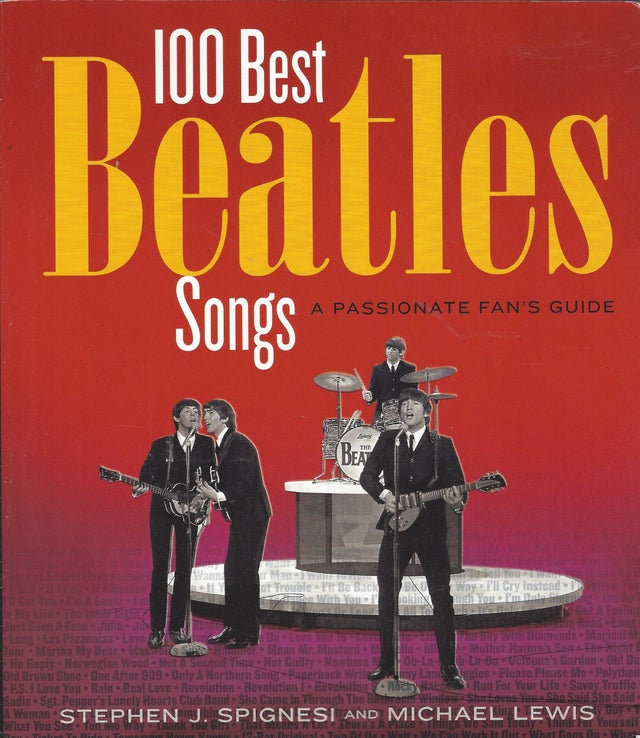 The Beatles recorded 206 original songs over the course of the band's existence, most of them enormous hits, all of them memorable, many of them ascending over time to the level of enduring classic. But which are the best?

In this book, Stephen J. Spignesi and Michael Lewis had the daunting task of selecting the top 100 Beatles songs and ranking them in order from 1 to 100. They culled. They wrangled. They argued. They compromised. The cut-and-pasted. And ultimately, they came up with a definitive guide to the Beatles 100 best tunes, based on merit, songwriting, musicianship, fun, and a host of other ineffable factors.

100 Best Beatles Songs is an unparalleled reference for fans of the Fab Four, full of fresh information, research, facts and figures, historical context, quotes from the band members and others, blow-by-blow descriptions of the writing and recording processes, backstage gossip, song explications, and tons of photos.