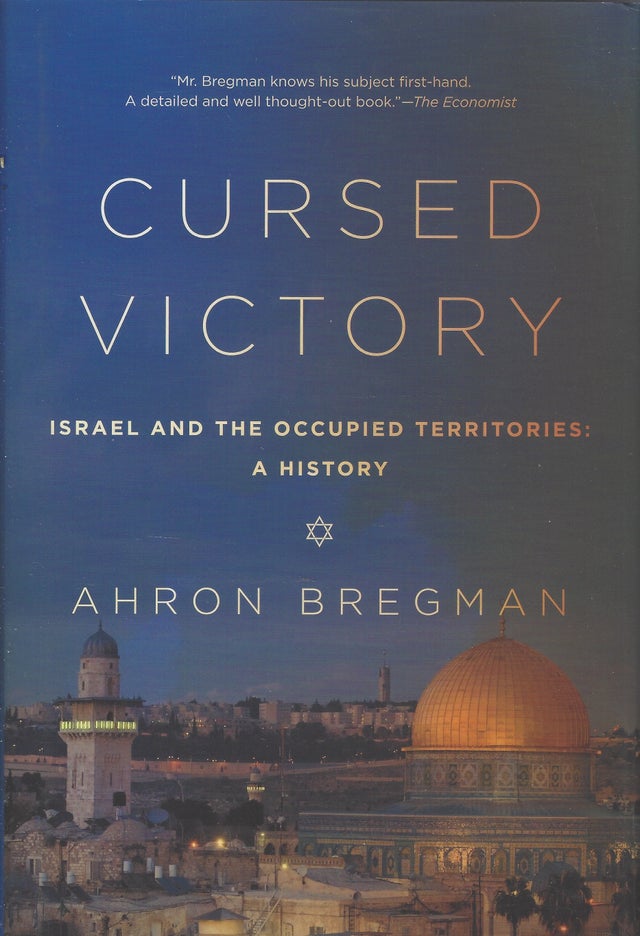 In a move that would forever alter the map of the Middle East, Israel captured the West Bank, Golan Heights, Gaza Strip and Sinai Peninsula in 1967's brief but pivotal Six Day War. Cursed Victory is the first complete history of the war's troubled aftermath -- a military occupation of the Palestinian territories that is now well into its fifth decade.

Drawing on unprecedented access to high-level sources, top-secret memos and never-before-published letters, the book provides a gripping and unvarnished chronicle of how what Israel promised would be an "enlightened occupation" quickly soured and of anguished diplomatic efforts to bring it to an end.

Bregman sheds light on critical moments in the peace process, taking us behind the scenes as decisions about the fate of the territories were made, and more often, as crucial opportunities to resolve the conflict were missed. Yet Bregman always reminds us how diplomatic and back-room negotiations affected the daily lives of millions of Arabs, and how the Palestinian resistance, especially during the first and second intifadas, and now in recent tragic developments, have shaped the political arena.

As Bregman concludes, the occupation has become a dark stain on Israel's history. Cursed Victory is essential reading for anyone who wants to understand the origins of the ongoing conflict in the region.