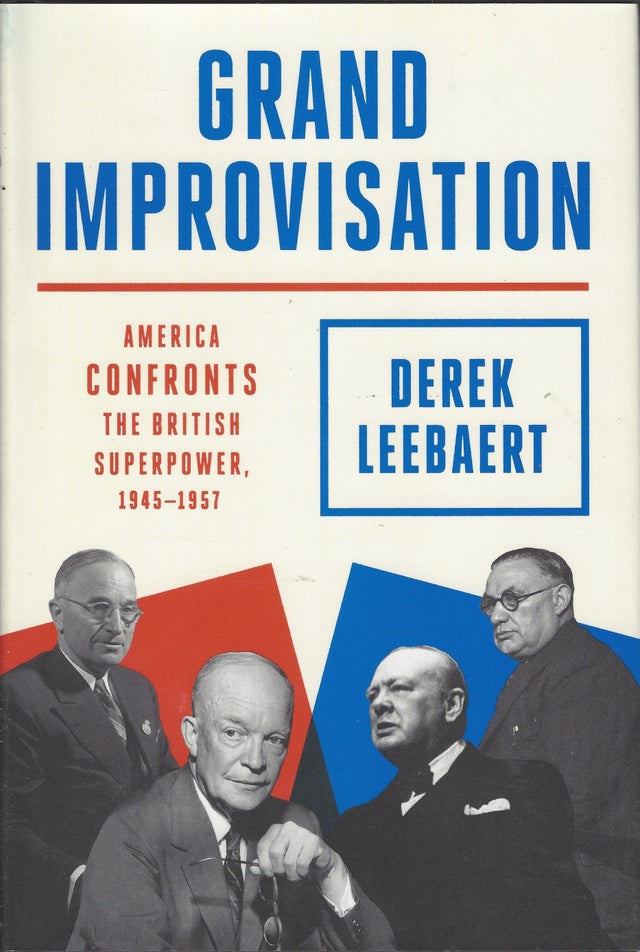 An enduring myth of the twentieth century is that the United States rapidly became a superpower after World War II when the British Empire -- the greatest in history -- was too wounded to maintain its global clout. In fact, Derek Leebaert argues in Grand Improvisation, the idea that a traditionally insular United States suddenly transformed itself into the leader of the free world is illusory, as is the notion that the British colossus immediately chose to retreat. Instead, the U.K.'s war-hardened leaders asserted power and even ascendancy until 1956, when Washington felt compelled to issue a "declaration of independence" from British authority. Only then did America explicitly assume leadership of the world order just taking shape.

Leebaert's character-driven narrative shows such figures as Churchill, Eisenhower, the Dulles brothers, and George Kennan in an entirely new light, while unveiling players of at least equal weight upon critical events, including Treasury Secretary John Wesley Snyder (the pivotal figure in Harry Truman's cabinet), Britain's steely foreign secretary, Ernest Bevin, and the insouciant diplomat Sir Gladwyn Jebb. Little unfolded as historians assert: not the Truman Doctrine or the Marshall Plan, the Korean War or America's descent into Vietnam. Throughout, U.S. policy makers were frantically improvising, while shrewd figures in London tried to leverage their empire's long-established resources and influence. Finally, America would embrace -- imprudently -- planet-wide commitments and shoulder burdens that are carried today.

It's vital to know what really occurred during these dozen years if we're to understand the rise and decline of superpowers, contemporary doubts about America's international ties, recurring violence in the Middle East, Europe's struggles to unite, China's hunger to recover global standing -- and the ongoing challenges to America's world role.