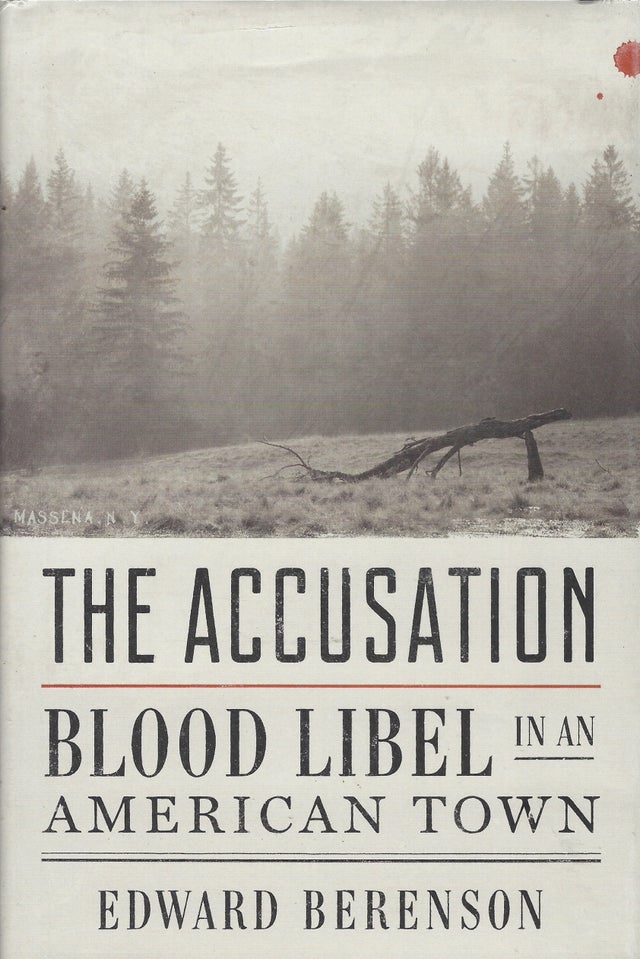 On Saturday, September 22, 1928, Barbara Griffiths, age four, strayed into the woods surrounding the upstate village of Massena, New York. Hundreds of people looked everywhere for the child but could not find her. At one point, someone suggested that Barbara had been kidnapped and killed by Jews, and as the search continued, policemen and townspeople alike gave credence to the quickly spreading rumors. The allegation of ritual murder, known to Jews as "blood libel," took hold.

To believe in the accusation seems bizarre at first glance -- blood libel was essentially unknown in the United States. But a great many of Massena's inhabitants, both Christians and Jews, had emigrated recently from Central and Eastern Europe, where it was all too common. Historian Edward Berenson, himself a native of Massena, sheds light on the cross-cultural forces that ignited America's only known instance of blood libel, and traces its roots in Old World prejudice, homegrown antisemitism, and the resurgence of the Ku Klux Klan in the 1920s. Residues of all three have persisted until the present day.