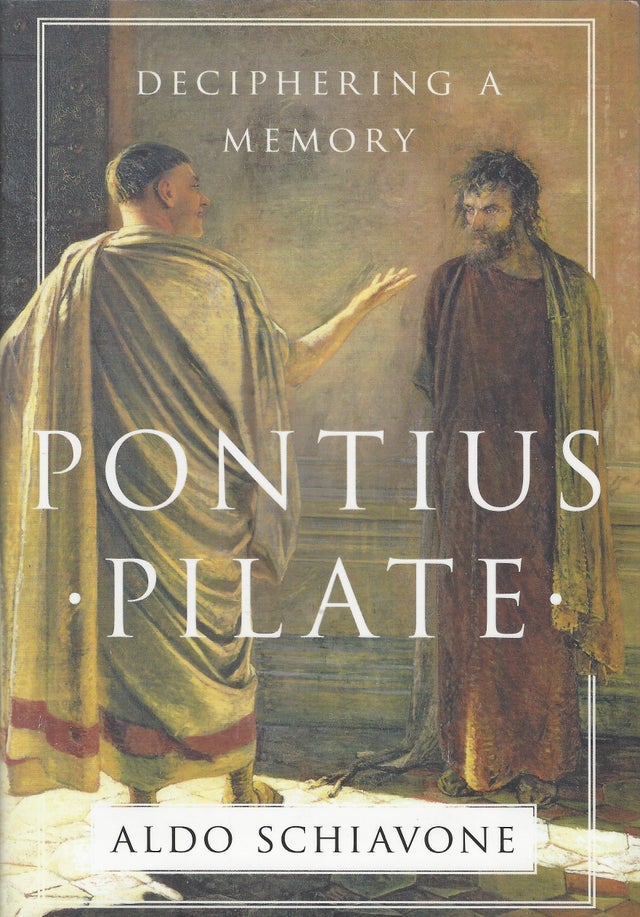 The Roman prefect Pontius Pilate has been cloaked in rumor and myth since the first century, but what do we actually know of the man who condemned Jesus of Nazareth to the Cross? In this breakthrough biography of one of the Bible's most controversial figures, Italian classicist Aldo Schiavone explains what might have happened in that brief meeting between the governor and Jesus, and why the Gospels -- and history itself -- have made Pilate a figure of immense ambiguity.

Against a brilliantly rendered historical backdrop, Schiavone offers a dramatic reexamination of Pilate and Jesus's moment of contact, indicating what was likely said between them and identifying lines of dialogue in the Gospels that are arguably fictive. Teasing out subtle but significant contradictions in details, Schiavone shows how certain gestures and utterances have had inestimable consequences over the years. What emerges is a humanizing portrait of Pilate that reveals how he reacted in the face of an almost impossible dilemma: on one hand wishing to spare Jesus's life and on the other hoping to satisfy the Jewish priests who demanded his execution. Simultaneously exploring Jesus's own thought process, the author reaches a stunning conclusion -- one that has never previously been argued -- about Pilate's intuitions regarding Jesus.

While we know almost nothing about what came before or after, for a few hours on the eve of the Passover, Pilate deliberated over a fate that would spark an entirely new religion and lift up a weary prisoner forever as the Son of God. Groundbreaking in its analysis and evocative in its narrative exposition, Pontius Pilate is an absorbing portrait of a man who has been relegated to the borders of history and legend for over two thousand years.