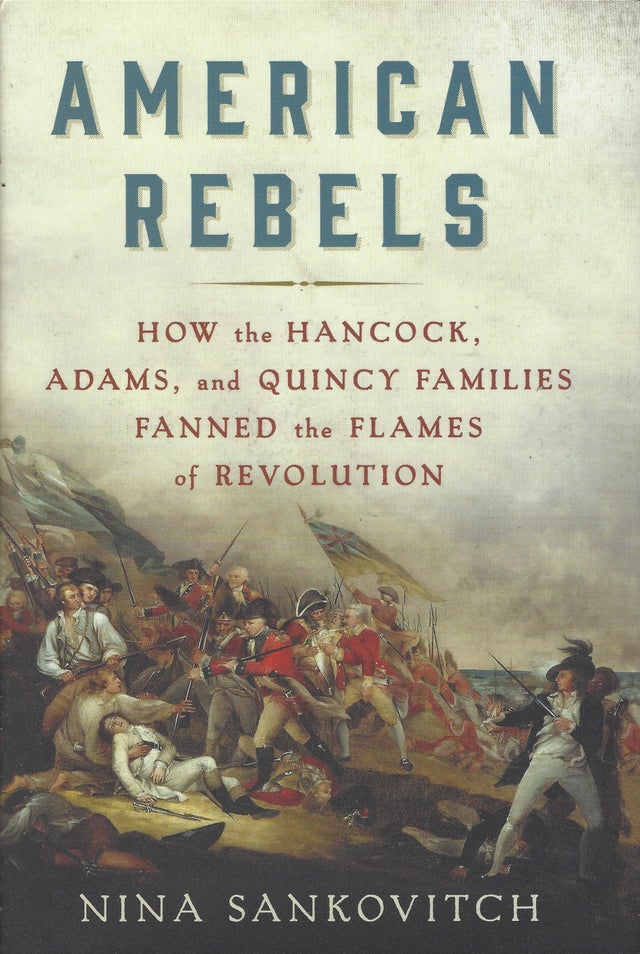 Before they were central figures in American history, John Hancock, John Adams, Josiah Quincy Jr., Abigail Smith Adams, and Dorothy Quincy Hancock were childhood friends in the village of Braintree, Massachusetts. Sons and daughters of gentry, preachers, and simple farmers, they were all raised to be loyal British subjects. Yet from an early age this band of friends rebelled against the relationship between England and the colonies and began to advocate for greater independence from British control.

In the years leading up to the American Revolution, they led the way in opposing the Crown and Parliament's policies of raising taxes, curbing colonial rights, and increasing the military presence in Boston. The Quincys, Adamses, and Hancocks stood with their fellow colonists throughout the horrors of the Boston Massacre, the Battles of Lexington and Concord, and Bunker Hill, and endured with them the trials and tribulations during the Siege of Boston. Their influence went far beyond their own colony of Massachusetts when they became leaders of the Continental Congress, undertook transatlantic missions for peace, and instigated the final steps that led to the signing of the Declaration of Independence.

American Rebels explores how the desire for independence cut across class lines, binding people together and leaving loyalists behind as they pursued commonly held goals of opportunity, liberty, and stability. Nina Sankovitch's book is a fresh history of our revolution that makes readers look more closely at Massachusetts, the small town of Braintree, and the men and women born there for a vivid understanding of America's early years.