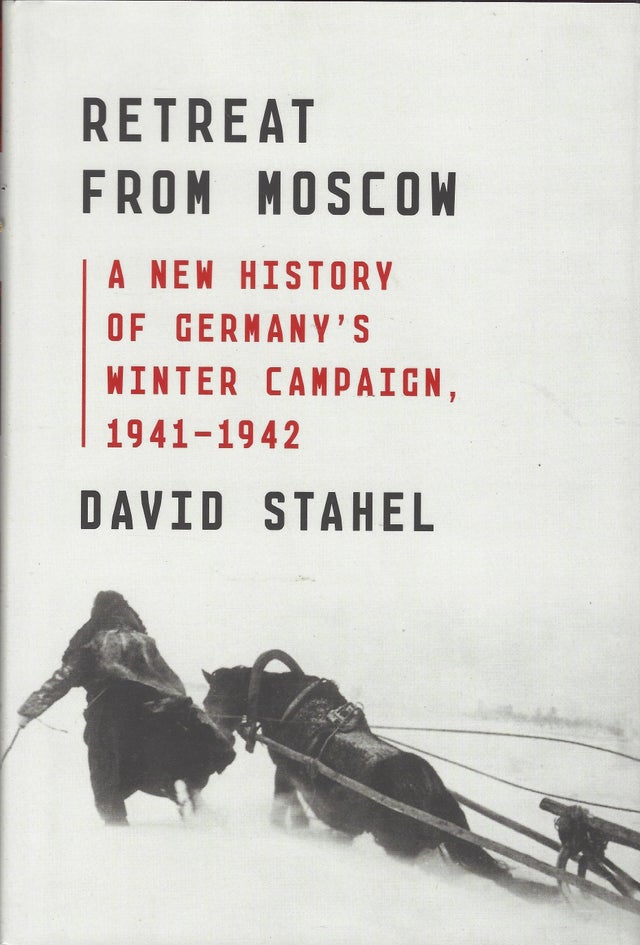 Germany's winter campaign of 1941-1942 is commonly seen as its first defeat. In Retreat from Moscow, a bold, gripping account of one of the seminal moments of World War II, David Stahel argues that instead it was its first strategic success in the East. The Soviet counteroffensive was, in fact, a Pyrrhic victory. Despite being pushed back from Moscow, the Wehrmacht lost far fewer men, frustrated its enemy's strategy, and emerged in the spring unbroken and poised to recapture the initiative.

Hitler's strategic plan called for holding important Russian industrial cities, and the German army succeeded. The Soviets as of January 1942 aimed for nothing less than the destruction of Army Group Center, yet not a single German unit was ever destroyed. Lacking the professionalism, training, and experience of the Wehrmacht, the Red Army's offensive attempting to break German lines in countless head-on assaults led to far more tactical defeats than victories.

Using accounts from journals, memoirs, and wartime correspondence, Stahel takes us directly into the Wolf's Lair to reveal a German command at war with itself as generals on the ground fought to maintain order and save their troops in the face of Hitler's capricious, increasingly irrational directives. Excerpts from soldiers' diaries and letters home paint a rich portrait of life and death on the front, where the men of the Ostheer battled frostbite nearly as deadly as Soviet artillery. With this latest installment of his path-breaking series on the Eastern Front, David Stahel completes a military history of the highest order.