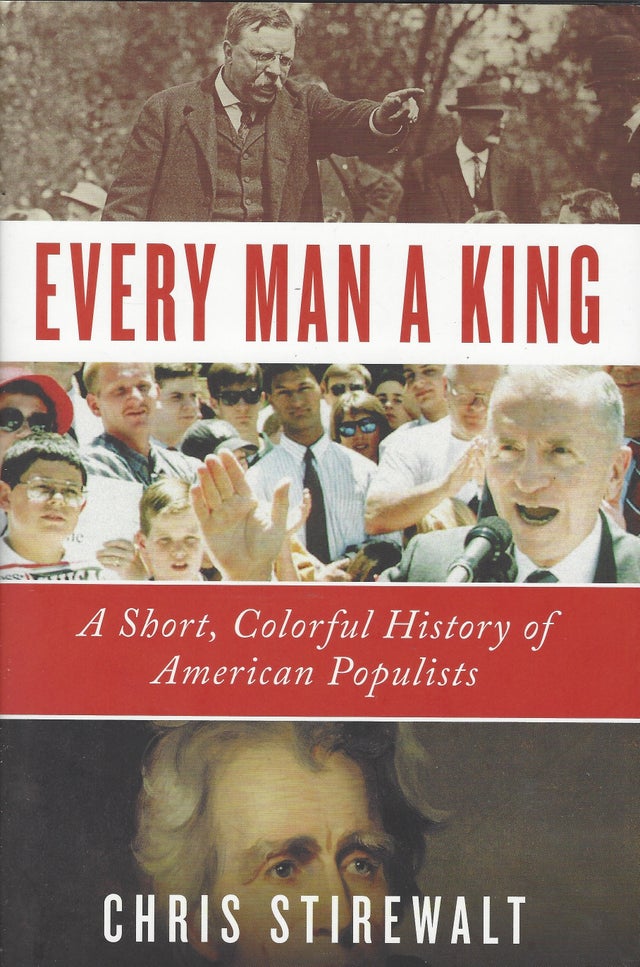 Whatever the ideological fad of the moment, American populism has always been home to a fascinating assortment of charismatic leaders, characters, kooks, cranks, and sometimes charlatans who have -- with widely varying degrees of success -- led the charge of ordinary folks who have gotten wise to the ways of the swamp.

This attitude of skeptical resentment also makes populism a fertile field for the work of conspiracy theorists and other enthusiastic apostates from civic convention. After all, if the people in power are found to be rigging one part of the system, why not the rest?

Every Man a King tells the stories of America's populist leaders, from an elderly Andrew Jackson brutally caning his would-be assassin, to William Jennings Bryan's pre-speech routine that combined equally prodigious quantities of prayer and food, to Ross Perot's military-style campaign that made even volunteers wear badges with stars to show rank. It is a rollicking history of an American attitude that has shaped not only our current moment, but also the long struggle over who gets to define the truths we hold to be self-evident.